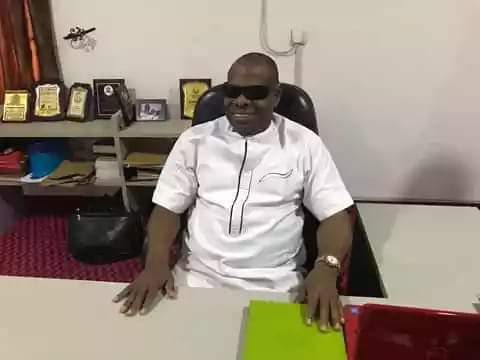 People living with disabilities in the riverine areas are to adhere to government safety measures, even as floodwaters continue to submerge some areas in the state according to a top Government functionary.

Government had issued a directive to people living in flood-prone areas of the state to move to dry land and the Holding Centres for safety.

The Special Adviser to Anambra State Governor on Disability Matters, Mr Chuks Ezewuzie re-emphasised this while exchanging views with newsmen in his office at the Dora Akunyili Women Development Centre, Awka.

He said people living with disabilities were the mainly vulnerable in terms of disaster management and control because of their conditions.

“Our people are mainly adversely affected when faced with this kind of natural disasters and are hereby advised to heed to guidelines, precautions and provisions provided by Anambra State Government in the management of the disaster.

“My office is making every effort to see that persons living with disabilities, especially those at flooded areas are safe.

“This has been the number one desire of Gov. Willie Obiano for the disable community in the state.

“I urge those of you living in riverine areas to shun travelling or moving along the coastal lines.

“I also urge you to always listen to radio or look out for flood-related news online to keep abreast of government directives as well as provisions for all the displaced camping sites set up by the state Government.’’

In June, this year, the National Emergency Management Agency (NEMA) sounded an alarm following warnings by Nigeria Metrological Agency (NiMET) that communities at the banks of River Niger and River Benue shall be affected by flood between August and October.

The Agency listed 10 states of the Federation likely to be flooded to include Anambra, Delta, Edo, Rivers, Bayelsa, Kogi, Kwara, Niger, Kebbi and Adamawa states.