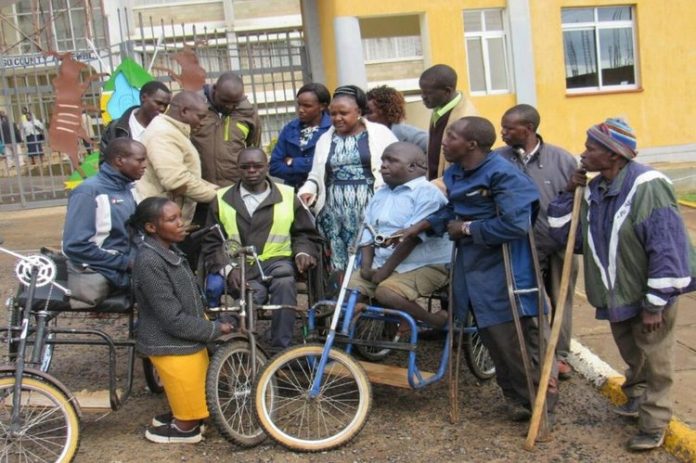 On October 8, 2020, Nigerian youths began mass protests over police brutality and the highhandedness of the Special Anti-Robbery Squad, commonly known as the SARS. The Nigerian youths had occupied streets and major cities across the Federation, staging what was otherwise peaceful protests. Soon—a few weeks after—the demonstrations had graduated into political and social discontent of profound consequences. Precious lives have been lost in this mayhem, and valuable properties destroyed.

By October 22, the state-wide unrest had taken a new, unprecedented turn—a turn for the worse. It is important to understand that the increased cases of violence and attacks in Nigerian cities which have been characterized by loss of lives and properties continue to be a source of concern for all, particularly folks in the Disability community. No one seems to be safe anymore—suffice to admit the law enforcement people themselves—let alone individuals with various forms of Disabilities.

Persons with disabilities (PWDs) remain one of the most vulnerable groups in times of such insecurity and violence. A typical deaf person, due to sensory impairment, is unaware of shootings and gunfire and almost does not know who is advancing behind them with a sledgehammer. The blind protester is unable to see demonstrations and the physical hysteria that is often characterized by social unrest. And for the people with physical disabilities, the lack of complete body coordination has made this disability group to be potential objects of target harm and attacks.

PWDs, Civil Protests, and Our Responsibilities for Personal Security

Our safety and security are of supreme importance, so is our ability to participate in democratic processes that are essential for nation-building. For PWDs, here are certain things to note, to do, and to do not during the outbursts of political or social violence. This is necessary to avoid added physical disability or trauma.

It is wise to know thyself. Every one of us has limitations, including the non-disabled. And there is nothing wrong with that. The embracement of our limitation as people with disabilities is important for our safety—as we bring this awareness into play when we grapple with everyday decisions of our lives– a decision about whether to join a raging crowd in the face of a disability.

It is wise to say to oneself, “I am Deaf; I am blind. I am challenged on my limbs. I can’t be out there among throngs of crowds chanting and remonstrating. It’s fine though, but it is potentially dangerous for me.”

Protests and clamours are no fun

Protests do not usually end well. And you might get harmed, giving rise to additional disabilities. As one writer puts it beautifully, protests are always a trend. They do not end well. From Libya to Syria to Yemen to Somalia, and from Liberia to Sierra Leone to Ivory Coast and Rwanda- what is at first designed to be peaceful demonstrations would aggravate into madness and mayhem.

Protests usually graduate into arson and looting that ultimately meets unfavourable government responses. It is not a sweet experience.
However, if you must engage in a protest, be sure that you are among like-minded fellow protesters. It is essential to hold a flag or placards and other items that are friendly-looking. Do not conduct yourself in a manner that further increases the chance of significant physical impact during civil unrest.

All the best, and be safe.