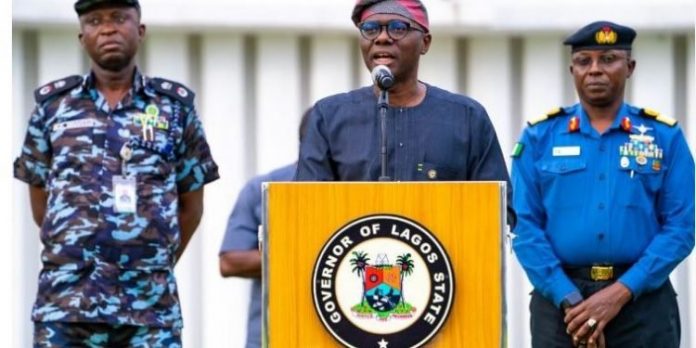 The CCTV footage of the shooting of #ENDSARS protesters in Lekki are available and intact, Lagos Governor Babajide Sanwo-Olu has stated.

The footage, he said, would be provided to the judicial panel on police brutality, extra-judicial killings and extortion when necessary.

The Governor said this during a live programme on ARISE TV on Thursday.

He said the CCTV cameras have footage of what happened during the protests and shootings.

Sanwo-Olu also explained the footage would be given to experts for analysis.

He said: “I will just speak up the truth on what actually happened. There is security personnel of The Lekki Concession Company on the ground. I had called the Managing Director that night when I saw the pictures.

“What he said to me is that because of the curfew that has been announced, they took a decision that they will take out installations that are critical to them.

“The camera that you saw is not a security camera or a motion camera. The camera is a laser camera for vehicles. It picks the tag on cars and number plates.

“It is not a camera for human beings. It is an infrared camera that just picks the tag on the vehicles. Security cameras for the plaza are still available.

“These are some of the footage that we are going to use for our investigation. Security cameras are installed on top of towers and they are there because I have seen them. Nobody can touch the security camera.

“These are things that we can leave open for citizens to come and verify when the panel of inquiries starts.

“We will adopt this as evidence so that experts can come and review what kind of cameras are those shown at the footage.”

LACK OF WHEELCHAIR PREVENTED 18 YEARS OLD GIRL WITH DISABILITY FROM...

Deaf beggars use their money on beer and women-GNAD President tells...