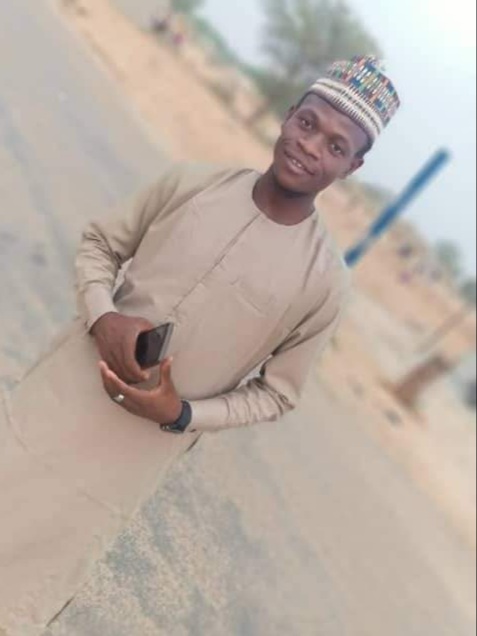 Abubakar Umar was born in 1995 to the blessed family of Late Alh. Umar Yakubu and raised in Garun Gabas, Malam-Madori LGA of Jigawa State. He started his primary education along with traditional Qur’anic studies in 2002. He was born without disability like all other children from his parent.

JOURNEY INTO DEAFNESS
I continued with my primary and traditional Qur’anic studies. However, when I was in the last term of my primary five (5), on a fateful Saturday (I can’t remember the exact date) in May, 2007 I began having headache which lasted for three days. The headache degenerated into fever. On the fourth day, I was taken for medical attention. I was later transferred to Hadejia General Hospital, where I was later certified deaf after I spent almost 3 weeks or more in the hospital.

After I was discharged, I stayed at home recuperating. My parents tried everything they could to get me hearing again, but all to no avail. After I had fully recovered, my father instructed me to return to school. But, I refused because I could not fathom what there is left for me to gain at school with my inability to hear. Nevertheless, he insisted, so I gave in. I continued at my previous regular school till I was in Primary six during which my father found a Deaf School at Hadejia and took me there for enrollment. I was admitted into Primary One at the school to enable me learn the sign language. However, I got double promotions following my outstanding performance. I kept up with this feat till I completed my SS3 education in 2015.

COPING WITH DEAFNESS
I managed to cope with my deafness, feeling nothing bad about it since it’s God’s plan. However, I am still unhappy by the fact that I can’t be taught Holy Book very well like the other normal people and that we are yet to have access to Arabic Sign Language books.

ADVICE
My advice to my fellow deaf people is for them to keep their deafness aside, let it just be a word and behave in normal way, work hard in normal way as the so called ‘disability’ exists in those who feel they have it. Let the world know that the ‘disability’ in us is not disability but ‘Ability’, let me repeat, Ability.

ACHIEVEMENT
My achievements include becoming best level 2 student of the Department of Special Education, Bayero University amidst about 200 regular students. I won election of the National Association of Deaf Students of the same University as the President and 2 times Assistant Secretary General as well as Assistant Secretary General of Special Education Students Association of the same University. I was awarded Most outstanding person with special Ability in Northern Nigeria by Nigeria’s Political Movement, Stevocracy Advocates for Good Governance.