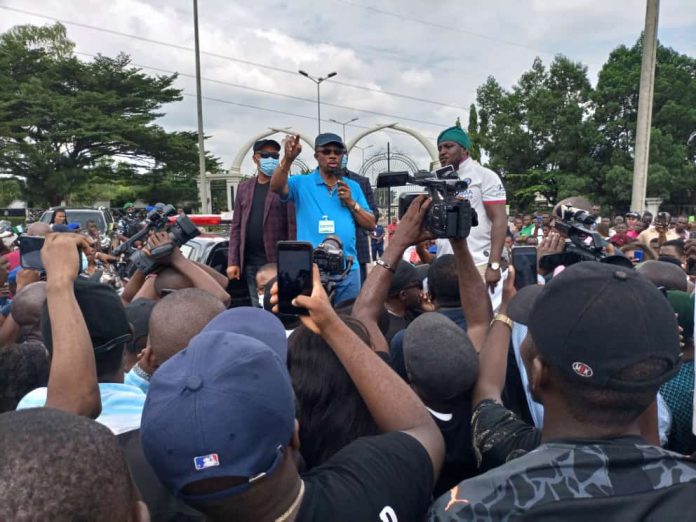 Governor Willie Obiano of Anambra State this afternoon held a frank and candid discussion with a large number of Nigerian youths on the state of the nation, with particular attention to the experience of young people at the hands of security agents.

The governor noted with dismay reports of inhuman treatment to the youth by the Special Anti-Robbery Squad (SARS) of the Nigeria Police Force, and consequently lauded President Muhammadu Buhari for disbanding SARS in accordance with the wishes of Nigerian youths and also for acceding to their four requests for a better police force.

To create a more humane social order in Anambra State, Governor Obiano set up a broad-based panel to look into reports of abuse of human rights by the defunct SARS in the state over the years.

Headed by The Hon Justice V. N, Umeh, (retired) the panel will complete its job within 30 days. Members comprise the following:

The panel is expected to look, in particular, into allegations of extrajudicial killings by a former head of the SARS office in the state, Chief Superintendent of Police James Nwafor (retired), whose appointment as a Special Assistant to the Governor has since been terminated. He will face prosecution if found guilty of any of the alleged offences.

Governor Obiano has also directed the Commissioner of Police to review all detentions in not just the SARS facilities in the state but also in all police formations to ensure that the freedoms and dignity of all citizens are upheld at all times.