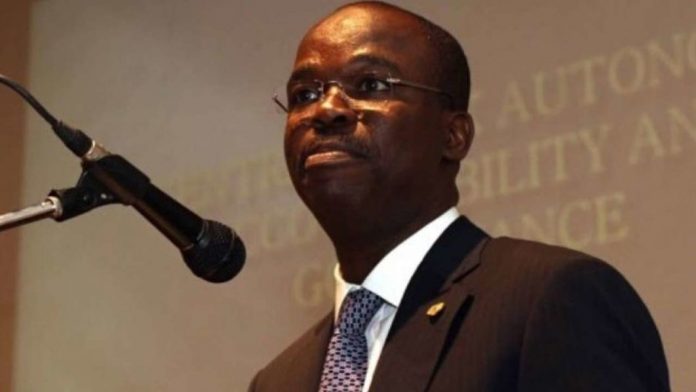 The All Progressives Congress candidate for the Oct. 31 Lagos East Senatorial by-election, Mr Tokunbo Abiru, says he will work with other lawmakers to champion the empowerment of persons with Disabilities if elected.

Abiru, a former Managing Director of Polaris Bank, made the promise during a meeting with some People With Disabilities (PWDs) in Lagos on Monday.

At the meeting held in Somolu area of the state, Abiru said he would pursue legislation aimed at promoting the well-being and welfare of PWDs if elected.

He said PWDs are special people, promising to work with other elected lawmakers to ensure they get special treatment in the country.

The former Polaris Bank chief said that he would work vigorously to ensure social inclusion for PWDs and address all forms of discrimination against them.

“I will pursue some agenda that will deepen a sense of accommodation of people with special needs, be it in Lagos East or Lagos State in general, if elected as Senator.

“Within the mandate of a Senator of Federal Republic of Nigeria, I will use the instruments of lawmaking, law enforcement and policy execution to promote social adaption, inclusion and empowerment of people with special needs”, he said.

According to Abiru, every person with disability should be able to live a normal life like other normal people in the society.

He said that if elected, he would work with others to ensure PWDs have equal opportunities like others.

Abiru said he was contesting to serve the people of Lagos East, promising not to disappoint if elected.

He urged all residents of the senatorial district, including PWDs, to come out en masse and vote for him and APC.

He said the candidate gave a good account of himself as former CEO of Polaris Bank by transforming the bank for better service delivery.

Olusanya said Abiru would work for the people of Lagos East with the same character and zeal if elected, and would not disappoint.

The APC chieftain said Abiru had great plans for people with disabilities and residents in general, urging the people of the district to vote for him.

“I implore you all to go out en masse and vote Abiru on Oct.31. He means well for the Senatorial district, he will deliver”, he said.

Earlier, Miss Kemi Oladipupo, a person with physical Disability, said PWDs suffered discrimination and lack of opportunities in the society.

She said there was the need for more legislation to promote the welfare of people with disabilities.

Oladipupo said she believed in the candidacy of Abiru and would work with others for the victory of the APC candidate on Oct.31.

Abiru, along with Olusanya, also had a separate meeting with APC Ward Chairmen in the Senatorial district.

Abiru said at the meeting that he was committed to the development of the grassroots, hence his contesting to be senator.

He said he would make poverty alleviation, youth empowerment and infrastructural development of the district his priorities if elected.

The APC candidate urged the ward chairmen to work for his victory, promising to reward their hard work based on election figures.

He said he would not disappoint party members as well as the people if elected.

Also speaking, Olusanya decried deceasing number of votes for APC over the years despite election victories.

He urged the ward chairmen to use the the by-election to significantly improve the electoral fortunes of the party.

“You are the managers of the party at the grassroots. You are very important to the party.

“Our votes have been going down though we have been winning .You must work hard, reach out to people house to house to deliver emphatic victory for the party on Oct.31”, he said.

Responding, Mr Seriki Olabowale, Chairman, Conference of Ward Chairmen in Lagos, thanked Abiru and members of the party’s campaign organisation for the meeting.

He said all the ward chairmen had resolved to vote for Abiru for emphatic victory.

IFA tasks government on protection for persons with disabilities

Anambra Election: CCD Calls For Inclusiveness Of People With Disabilities