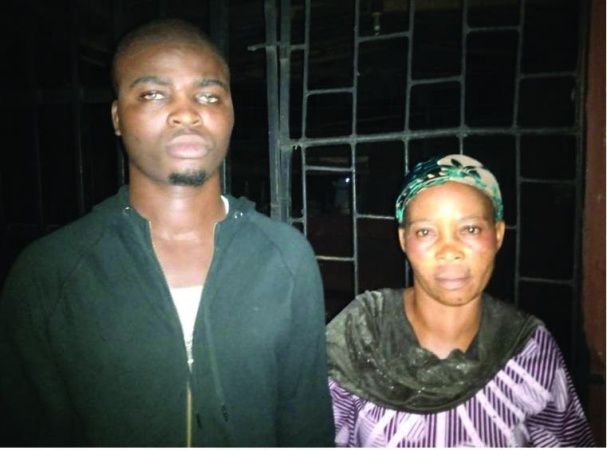 Emotion ran high, as 23-year-old Olamilekan Ibidokun, gave a blow-to blow account of how he lost his sight after he was attacked by members of the Aiye confraternity in the Ketu area of Lagos, for refusing to join the confraternity.

The incident, according to him, occurred in December 2016, during a street carnival in the Ketu area of the state. He claimed that the attackers are still roaming the streets of Lagos freely, without justice meted out.

He traced the genesis of his predicament to the day he met one Abass, who lived in the same neibhourhood (Ketu) with him. He alleged that Abass, a member of Aiye confraternity consistently invited him to join his group but that he refused.

According to him: “He and other members invited me to join the Aiye cult group and when I refused, they decided to punish me and use me as an example to others. I attended a carnival in 2016, in celebration of the Yuletide but instead of enjoying myself, I was attacked by members of that dreadful sect. They stabbed me in both eyes and left me to die.

“I used to see before but now everything has gone dark. To adapt to the new state and add value to myself, I attended the Federal Nigeria Society for The Blind, at Oshodi, where I learned how to use canes to make chairs, hamper, baskets among other things.

“The challenges of getting things done as a blind person is enormous but I thank God for the gift of life and I remain hopeful that one day, my perpetrators will be brought to book,” he said.

His mother, Mrs. Fausat Ayeni-Ibidokun, therefore appealed to the Commissioner of Police Lagos State, CP Hakeem Odumosu, to help her family by ensuring that the perpetrators of the act were arrested.

She explained that the incident was reported at the Ketu division but that nothing had been done to effect the arrest of those allegedly responsible.

She alleged that she gave the Investigative Police Officer, IPO, and the Divisional Crime Officer, DCO, then some money to pursue the case, without result.

She said: “I kept going to the station to seek justice. At a point, the Inspector frustrated my efforts because he was constantly demanding money and I didn’t know what to do. Anytime I went to the station, I was told that the DPO was not around. Out of frustration, I had to leave the matter to God”.

But she said that information reached her that the alleged mastermind of her son’s attack and leader of the Aiye Confraternity, was receiving treatment at the Gbadaga General Hospital.

She said:“ This is why I rushed to the media to alert security agents, with the hope that the suspect will be arrested and my son given justice.

“I am appealing to the Commissioner of Police to please use his office to bring these criminals who have been wreaking havoc in Ketu axis for a long time to book”, she said.