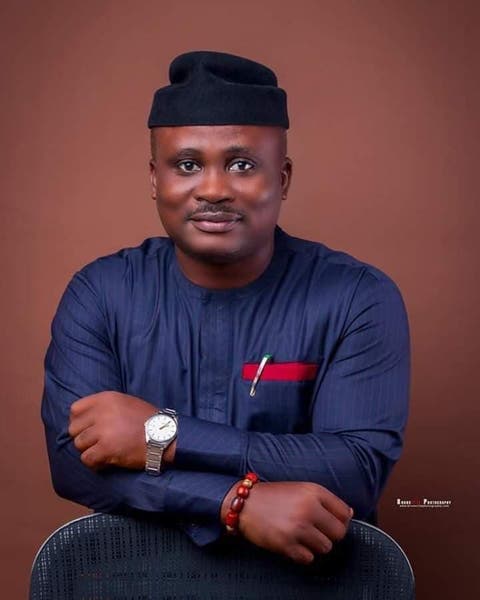 Speaking at Otor-Udu when they paid a thank you visit to the Udu Council Boss, the Chairman of the Udu Chapter of the association, Comr. Ojiyovwi Eghaghara confessed that since his assumption of office, the Udu Council Boss has prioritized the welfare of all persons with Disabilities in Udu which according to him is first of its kind in the history of Udu Kingdom.

Ojiyovwi who proclaimed that Hon. Chief Jite is God sent to Udu Kingdom and Delta State in general, reiterated that the Joint National Association of Persons with Disabilities (JONAPWD) Udu Chapter is solidly behind the Aberen of Udu Kingdom’s second tenure as they are praying day and night for his return because when the righteous is in authority, the people rejoice according Proverbs 29:2.

Oyiyovwi equally advised Udu people to vote wisely for Jite because he is a humble and energetic young man that can be easily accessed.
On his part, President of the Delta State Chapter of the Association and SA to Delta State Governor on Persons with Disabilities Comr. Isaac Obruche Omor while also supporting the endorsement of the Udu Council boss, said that Hon. Chief Jite is the first Local Government Council Chairman in Delta State who provided Palliatives to Persons with Disabilities when the COVID-19 pandemic first broke out.

Comr. Obruche who hails from Udu Kingdom stated emphatically that the emergence of Hon. Chief Jite in Udu politics revolutionalised the People’s Democratic party (PDP) in Udu thus making the party to win elections for the first time. The group promised to produce their own T- Shirts and follow the campaign train of Hon Chief Jite to all the Political Wards of Udu if campaign begins.

Also speaking, a member of the association Barrister Alex Young narrated how Hon. Chief Jite gave him money to buy an artificial leg when he wanted to go for the Nigeria law School,said Jite is a rare breed.

The Udu Council Chairman thanked the Association for the thank you visit as he called on all and sundry to always assist the less privileged in the society.