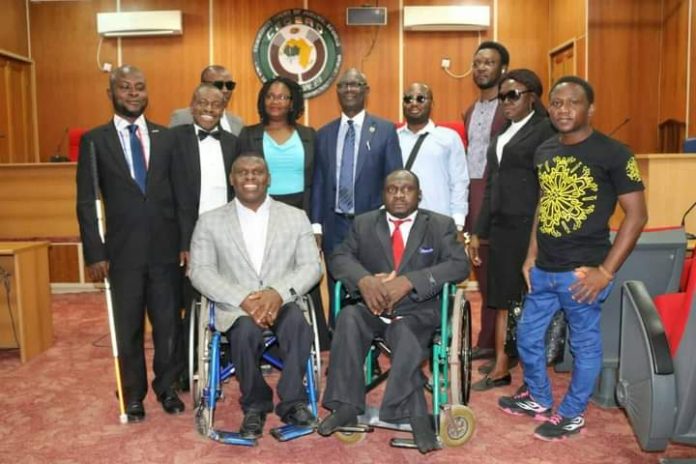 The Minister of the Federal Capital Territory (FCT), Muhammad Musa Bello has approved the implementation of the Disability ACT within the FCT.

The approval was in response to the letter written by Association of Lawyers With Disabilities In Nigeria (ALDIN) to the Minister dated the 13th of August, 2020, on the role of the FCT in the implementation of Discrimination of Persons with Disabilities (Prohibition) Act, 2018.

This reflected in a statement signed by the Chief of Staff to the Minister, Mohammed B. Mai Bornu, revealing that the FCT has approved the implementation of the Act in the FCT.

Furthermore, the FCT Minister also agree to collaborate with ALDIN and other relevant stakeholders in the discharge of the objectives of the Act as appropriate.

ALDIN, being delighted by this milestone, has accordingly called on all other Ministries to follow suit in their commitment to the implementation of the Disability Act.

NBA President promises constitutional amendment to Include Chairman and Secretary of...

We can’t access courtrooms unless we crawl – physically-challenged lawyers cry...