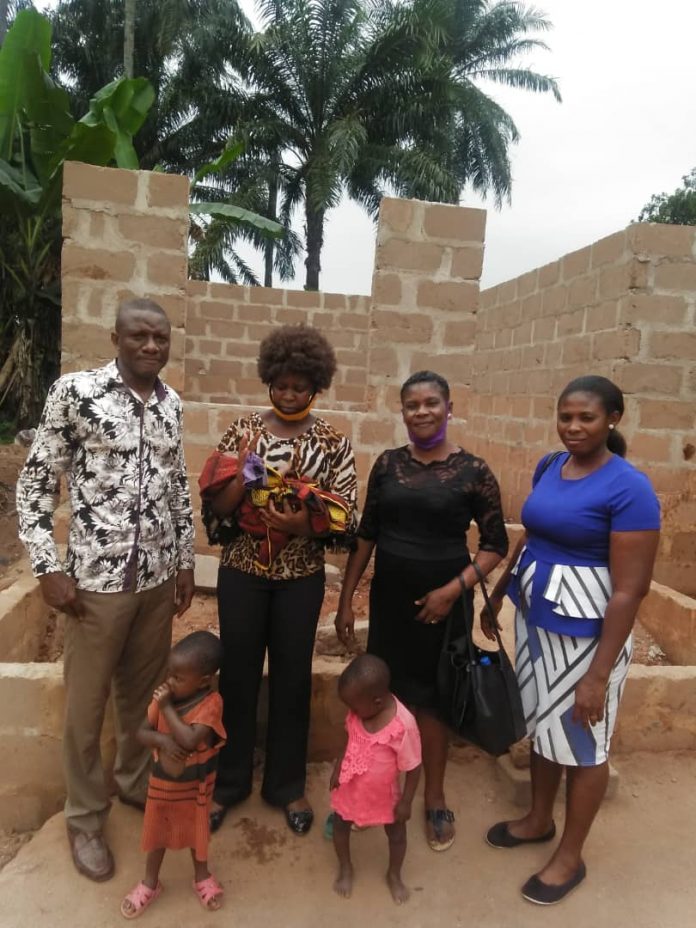 The Igbokwe family living in Isiala Mbano Local Government Area, Imo had their apartment razed by a fire outbreak on June 28, 2020. Financial succour is still coming in for the family 2 months after the fire incident.

The family has started recovering slowly with the free treatments and donations they are enjoying from the community of Deaf, NGOs, philanthropists and other kindhearted person who prefer to be anonymous.

Inclusive News Network, INN, had earlier published full investigation on the fire incident that was caused by adulterated kerosene after a hawker mixed the kerosine with petrol and sold to the fire victims.

On the day of the fire outbreak, Mrs. Chinyere Igbokwe, got home, filled their lantern with the adulterated kerosene, struck a match stick and faced an explosion she didn’t expect. The explosion caused several degrees of burns on the mother and two of her children.

“It was adulterated kerosene that was allegedly mixed with petrol. It was poured into lantern lamp. It outburst when a match was struck,” a reliable source said at the time.

The first daughter of the couple had sustained 90 percent degrees of burn from the incident including the mother, while her second daughter got minor injuries and was rushed to a nearby hospital for treatment.

Mrs. Chinyere Igbokwe who was heavily pregnant at the time and gave birth to a bouncing baby boy barely 11 days after the incident.

Inclusive News Network, INN investigated for more information on the victims two months after the explosion to know the conditions of the family.

Our source revealed that the fire victims were responding to treatments at Federal medical center Owerri in Imo State.

“The mother is okay but she is still under medical treatments. The first daughter who was badly burnt by the fire accident is gradually improving – better than before. While the paid have reduced, Miss Igbokwe can now eat by herself, stand, walk slowly.” our source added.

Deaf leaders comprising of South East zonal Coordinator for the Deaf, Maria Alufo, Mrs. Blessing Uwakwe; Women leader, Mrs. Vivian Odimegwu and Mr. Aghaeri Efobi had paid another visit to the house of the victims and also the hospital on 15 August to ascertain the conditions of the victims. The Deaf Community representatives also donated the remaining balance of the hospital bills to the victims’ family.

“Just like I promised you all that we gonna deliver the money to the fire victims all you have contributed on their behalf,” asserted Maria Alufo.

“The fire victims are responding to treatment at Federal Medical Center, Owerri in Imo State.

According to Maria Ajufo, “We paid the hospital bill in part of the money to help them procure the dressing materials and drugs they needs, etc and another part of the money was handover to the husband and fire victims to follow up when the final bill will be released after discharge but they are expected to always receive a weekly deposit of 10k so that when discharged from hospital they will be able to pay the hospital the total bill.” 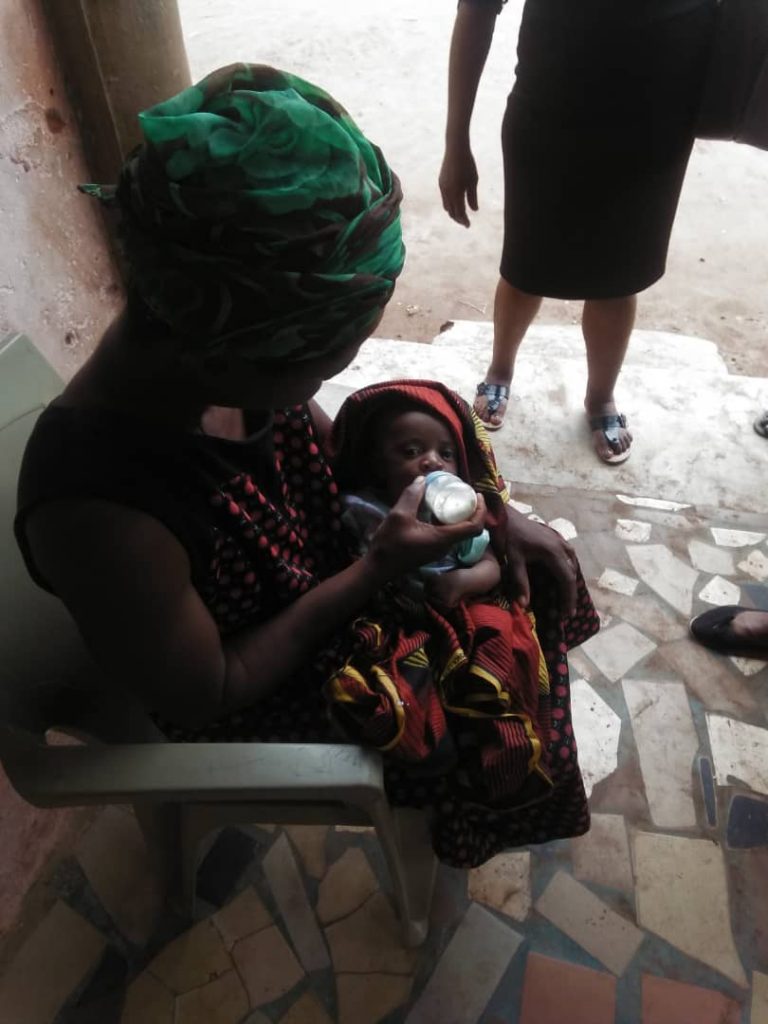 Our source revealed that the new baby is at home with their close relative taking care of him since they have to focus on recovering for the time being.

INN received a new information that the wife, Mrs. Chinyere Igbokwe actually gave birth to her baby boy inside her room on the midnight of the 11th day after the incident.

After the publication made by INN earlier, several donors, NGO, and some who prefer to be anonymous came in to further support the victims.

One NGO that prefers to remain anonymous, is presently building a new house for the Igbokwe family to have a good place to live in.

A nurse in Federal Medical Centre, Owerri disclosed that an NGO brought the victims to the hospital but they don’t know who paid the bills neither the name of the NGO.

“After publication some deaf NGO, individuals and organisations continued to sponsor the victims, others were paying directly to the victims” Maria Alufo also disclosed.

The husband of the victims was asked if he knew the donors that paid for his bills, he said he did not know any of them. The sum of ₦70,000 was paid by anonymous person to offset their medical bills.

NASS To Transmit Disability Bill Within 30 Days For Buhari’s Assent...