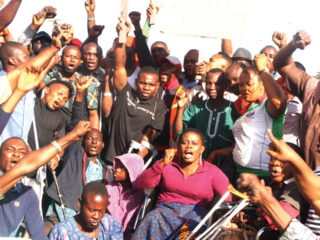 The Abia chapter of the National Association of Persons with Physical Disabilities (NAPWPD) has appealed to the state government to ensure that public buildings have facilities to make them accessible to its members.

The Chairman of the association, Mr Iroabuchi Alozie, made the appeal in an interview with the News Agency of Nigeria in Umuahia on Wednesday.

Alozie said that most public buildings in the state, including ministries and agencies, “are not disability-friendly.”

“We are appealing to the government to help us, so that if we visit such facilities we can easily go in and out,” he said, adding that conveniences should also be disability-friendly.

“It is unfortunate that most of the facilities in the state are substandard for use by persons with disabilities,” he further said.

Alozie said that the group, which comprises accident and polio victims, constituted the largest unit in the national body of persons with disabilities.

He said that all the efforts made by the association to alleviate the plight of its members in Abia had not yielded any positive results.

He further appealed to the government to make health care services accessible to the group, saying that members were facing difficulties in accessing such services.

“The nation’s economy is so poor and so bad that persons with physical disability cannot access health care services,” Alozie said.

He also decried the alleged discrimination in employment against NAPWPD members in Abia, pointing out that the group was not being carried along in governmental affairs.