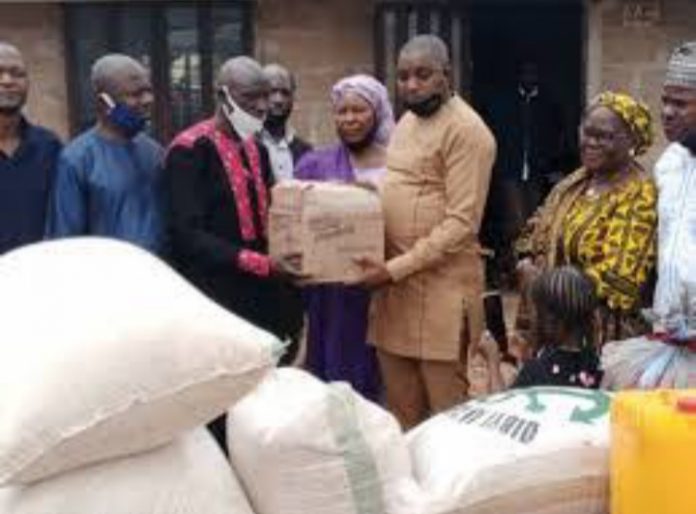 The Christian Association of Nigeria (CAN), Kaduna State Chapter, has reached out to displaced victims of the recent attacks in the Southern part of the state with food items and clothing.

Presenting the items on Saturday at the IDP camp in Zonkwa, Zango Kataf Local Government Area, the State CAN Chairman, Rev. John Hayab, said the gesture was meant to cushion the hardship victims were facing.

“We are here on behalf of all the Christians in Kaduna State to identify with the victims of attacks in this part of the state.

“And we didn’t come empty handed but have brought some food items and clothing for them to use in this hard times,” he added.

Hayab enjoined the people of Southern Kaduna not to despair as after every calamity comes blessings of God.

“The challenges, hardships, pains and troubles you are currently going through shouldn’t discourage you but make you stronger.

“We know this is a trying period for you all but we strongly believe that this phase will pass away and launch you to greatness,” he said.

He said that CAN would continue to seek divine intervention for lasting solution to the security challenges bedeviling the region.

The state CAN chairman decried the politicisation of the crisis in the region, saying it was evil to play politics with human lives.

“Our only problem as CAN is that some people till today are playing politics with the issue of the crisis which is unfortunate.

“They are bringing up narratives that are not okay. Once a human being is killed, we should desist from reading meanings into it that are not true,” he said.

Hayab commended those managing the facility for the sacrifices they had been making to cater for the IDPs in their period of need.

According to him, CAN was in talks with well spirited individuals and organisations to help victims rebuild their homes.

Receiving the items, the Camp Coordinator, Rev. Gambo Waziri, thanked CAN for the gesture and assured of judicious use of the items for the purpose for which it was given.

Waziri noted that the camp was set up on July 11 to cater for displaced persons from over 13 communities.

Prayers were offered to victims nursing injuries within the camp and at various hospitals in the state.

IDPs to FG: Your romance with terrorists pushing us to join Boko Haram