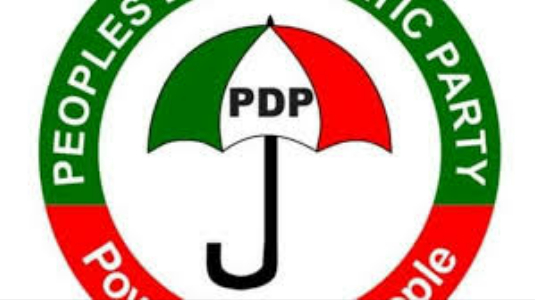 One person was feared killed in Ogoja, few hours to the primary election of the Peoples Democratic Party (PDP) for the October 31 Cross River north by-election, even as Journalists and delegates were also mercilessly manhandled and tear-gassed when violence broke out.

The name of the deceased was given as Charles Onwe while two others who were fatally injured had been hospitalised.

An eyewitness, Okoro Igbang, said Onwe was stabbed to death on Friday, September 4, 2020 by a group of suspected thugs in Ogoja local government area of the state, and that those loyal to the two outstanding contestants in the primary, Rt Hon Jarigbe Agom, and Dr Stephen Odey may have masterminded the violence.

He accused a sitting member of the state House of Assembly and two Commissioners as those who masterminded the attack.

He said three of his friends, who were in the car with him, Mr. Charles Onwe, Bob Igelle and Mr. Adibe were attacked with daggers machetes.

“I and Mr. Igelle managed to escape while Mr. Onwe and Adibe, were left half dead, until Police around the area intervened and took them to the General Hospital Ogoja, where Mr. Charles Onwe was later confirmed dead, while the other two are still receiving treatments at the General Hospital, Ogoja,” he said.

Another eyewitness who was at the venue of the primary, and preferred not to be mentioned in print, told our reporter on phone, “shooting going on at Ogoja, venue of PDP Cross River North senatorial district primary as accreditation of delegates commence. One person was killed last night and another shot this morning. Security men chased journalists out of venue of primary.

“Happening in PDP North senatorial district primary at Ogoja local government area, Journalists teargassed and chased out of venue of primary by security agents. Two out of 10 journalists, who left Calabar for Ogoja are currently missing. The newsmen are currently taking refuge outside the venue of the primary. More than 300 combined security officers are on duty at the venue.”

Spokesman for the Cross River state Police command, DSP Irene Ugbo, could not be reached as at press time since her telephone lines were busy when our reporter called.

Besides, the result of the primary election was being awaited as at the time of this report

FG to establish College of Education for persons with disabilities