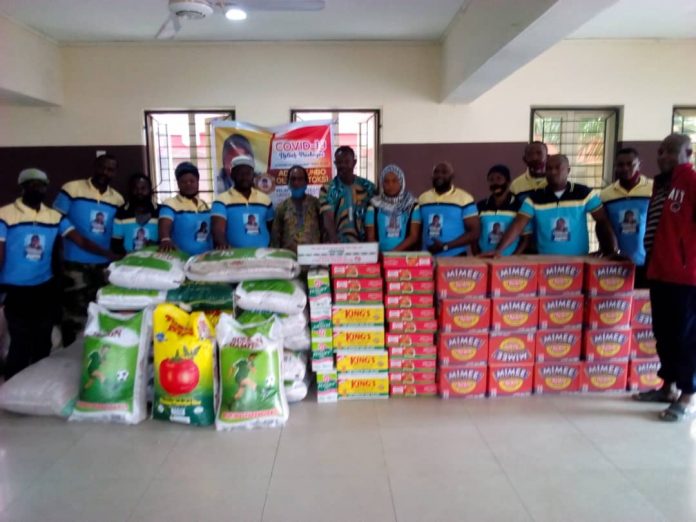 A Deaf man living in the United States of America,  Adetokunbo Olaore (TOKS) has distributed food items worth 1.2 millionaires to over 2,800 Deaf community in Lagos State.

Responding in an interview with Inclusive News Network, INN in sign language, Adetokunbo said that he distributed the food items to cushion the effects of the hunger caused by COVID-19 after receiving news of some Deaf people calling for help on social media because of the hardship due to lockdown.

He added “the food items donated to Lagos State Association of the Deaf was worth N1.2 million naira and he hopes the items will cover over 2,000 members of the association”

When asked why he targeted Deaf community in Lagos state even though there are other states with similar experiences, he said “I was born and bred in Lagos and know the experiences I passed through as a Lagosian before I migrated to United Kingdom, hence my need to solve hunger problems for people like me who are facing similar experiences”

Adetokunbo said he is happy and touched as he received several messages from members of Deaf community in Lagos State, thanking him for the palliatives distributed to them.

He promised to do more for Deaf Lagosians in the nearest future.

Report from Lagos State Association of the Deaf (LSAD) said it has distributed food items to over 2,000 members through their Local Government Areas (LGA) chairpersons.

The distribution of the palliatives started on Tuesday and ended on Monday according to one of the executives of LSAD.