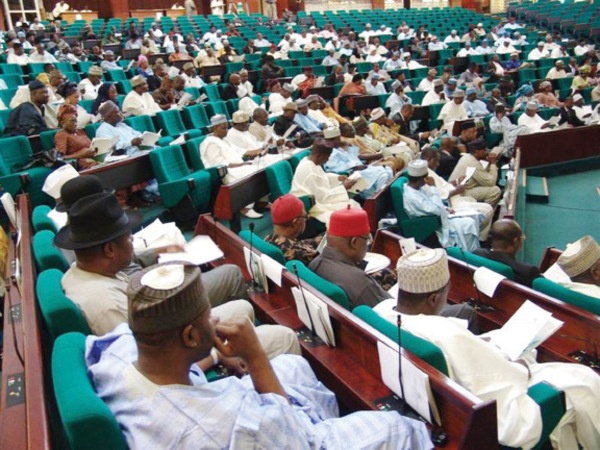 A new sharing formula for the Federal Government’s 774,000 public work jobs will give governors, federal lawmakers, ministers and other category of people 40 percent of the slots, it was learnt at the weekend.

The Presidency, pandering to the lawmakers’ request has given the full responsibility of the picking beneficiaries of the 1,000 job slots per local government to the National Directorate of Employment (NDE).

The Minister of State for Labour and Employment Mr. Festus Keyamo (SAN), has been restricted to a supervisory role to prevent the hijack of the programme by politicians.

There are 774 local government councils recognized by the constitution.

The special public works job is for artisans, who will be deployed for assignment as may be decided. Each of the beneficiaries will get N20,000 monthly for the three-month duration.

The Federal Government has budgeted N52 billion for the scheme due to run from October till December.

Giving the breakdown of the allocation of slots, Director-General of NDE, Dr. Nasir Mohammed Ladan, said the concessionary slots in each local government as follows: National Assembly members (150); Governors (100) and Ministers (50).

The remaining 100 slot in concession will be shared among traditional rulers, religious bodies, civil society groups, and unions such as the Nigeria Labour Congress (NLC), the National Union of Road Transport Workers (NURTW), the Nigeria Union of Journalists (NUJ) and the Academic Staff Union of Polytechnic (ASUP).

He said the remaining 600 slots in each of the local government areas will be thrown open to the public.

Dr. Ladan added that the government will stick to the standards laid out whether the applicants are from the concessionary or the public list.

He said the government was determined to spread the job slots to the grassroots.

He said the plan of the government is to empower beneficiaries to set up their trade.

“Let me put it this way. As far as we are concerned, we cannot go to a state and do a programme without carrying the state governor along. The same thing applies to others. This is a Federal Government project, we must definitely carry along the Senators, members of the House of Representatives, traditional rulers, religious leaders, interest groups like the NLC, NUJ, civil society groups, ASUP and others.

“If you put all these numbers, based on the slots we want to give each group, we are only talking of 400 per local government. The remaining 600 is open to all Nigerians. And once you are 18 years and above and unemployed, you are qualified to join this programme. Some degrees of disability can be allowed. That is why even some people with disability can be engaged in this programme.”

He added: “The issue of Special Public Works (SPW) is far beyond just paying young men and women N20, 000 every month within the period of three months.

“The fact is that we have done our studies in areas with vast fertile lands. For example in Karfi, Kano State there are lands that are worth tens of thousands of hectares. The same thing in Misau (Bauchi), Gashua (Yobe) where there is a land associated with it that is more than 5,000 hectares attached to the tractor assembly plant.

“And in other states like Osun, Ogun, Oyo and the rest of them, it takes just N100,000 to hire one hectare of land as far as maize farm is concerned from hiring to clearing, planting and up to cultivation. And the profit margin is about N125,000. So, under Sustainable Agricultural Training Scheme in NDE, we are going to engage these young me. That is what brought Gombe State Governor to us because he has the idea, he wants to engage 10,000 young men and women across the 11 Local Government Areas in the state.

“The issue of Special Public Works (SPW) is far beyond just paying young men and women N20,000 every month within the period of three months.

Ladan said: “In this project, the government is trying to kill six birds with one stone. And the fact that now the implementation and execution of this project is 100 per cent in the hands of NDE, we have already set the machinery in motion.

“Don’t forget, we have forms that we have printed. These forms are special because they carry some security features, just like INEC ballot papers, nobody can print them. Nobody can duplicate these forms.

“And these are the forms that we are going to give to the beneficiaries of these programmes. If they have account numbers, we will link their account numbers with the Special Public Works account. If they don’t have, we already have an arrangement with some banks based on their widespread. Nobody needs to leave his locality. Our team and the bank Desk Officer for SPW will go to their localities s and have them registered free.

“Within the week, our team at the head office and the team from the Honourable Minister are going on a nationwide tour to ensure that all arrangements so far done are in order so that we can make October 1, 2020 deadline as a takeoff date realistic.

Asked if PhD holders applied for the jobs, he said: “Honestly, I am not aware.”

Responding to a question, Ladan said after the mandatory three-month scheme, most of the beneficiaries will be engaged as Agricultural Extension Workers (AEWs).

Senior media executives last night cautioned the NUJ against accepting to nominate beneficiaries in this programme.

The fear is that “the media could be compromised or the sharing of slots might create disagreement in the union.

“Besides, the issue will bring unintended diverssionary influence in the media.”