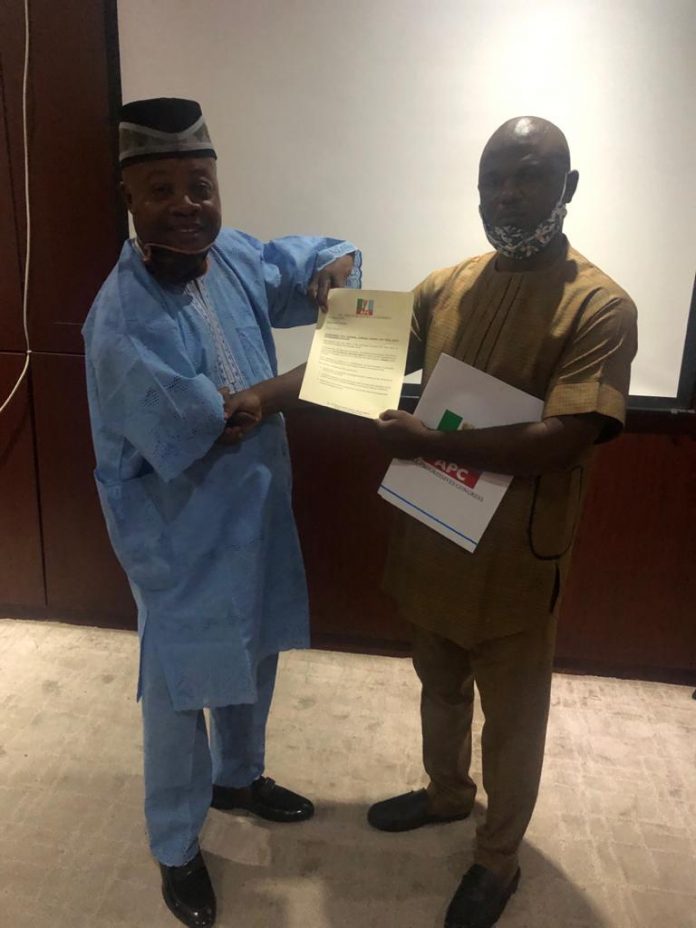 The All Progressives Congress (APC) has appointed the Southwest APC zonal Leader, Prince, Paul Adelabu, a person with physical Disability as a member of the National Campaign Council for the October 10 governorship election in Ondo State.

According to Buni, his appointment was based on his strength of character, experience and dedication in ensuring the success of the party.

Listing his terms of reference, the APC Chairman said among other things, he will be saddled with the responsibility of organising a formidable campaign structure cutting across all strata of the party in the State.

He also said members of the Campaign Council will also be expected to raise funds across the country to be used in the effective management of the campaign process.

Besides, he said they will need to liaise with the state party structure and the candidate with a view to harmonize the party’s strategies for success as well as other duties that would be geared towards ensuring the party’s victory in the forthcoming election.