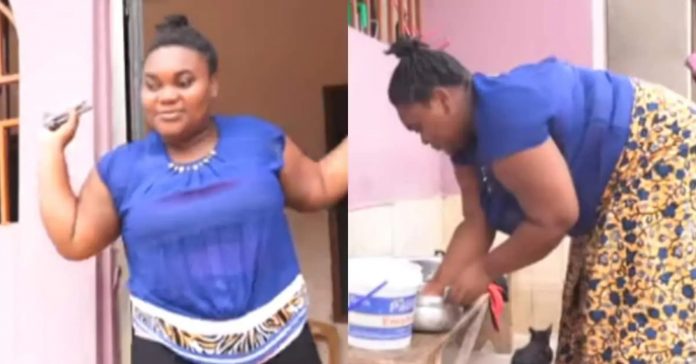 Alberta Dede Nartey, a 29-year-old Ghanaian lady, has revealed that she lost her sight all of a sudden after she was unwell for a while in the year 2015.

According to the young woman in an interview with JoyNews, at the time of the incident, she was awaiting admission into the Ghana Institute of Journalism and was working as a vendor at an ECG prepaid shop in Accra to save for her further education.

“I myself, I do not understand. I just fell sick. My head was aching me here and there, and then after the recovery, I lost my sight,” she recalls sadly.

According to Alberta, picking up herself emotionally was not easy as, for almost an entire year after the incident, she always drowned herself at home in tears.

Alberta was taken to all kinds of hospitals, herbalists and religious experts including pastors but no proper diagnosis or solution could be made on her situation.

After graduating, coming to accept her condition as a blind person, and finding ways to live with it, Alberta decided to pick up herself and her dreams of becoming a journalist.

It is indicated that the 29-year-old is currently in her sophomore year at the University of Education, Winneba (UEW), majoring in Special Education but still has the goal of becoming a journalist.