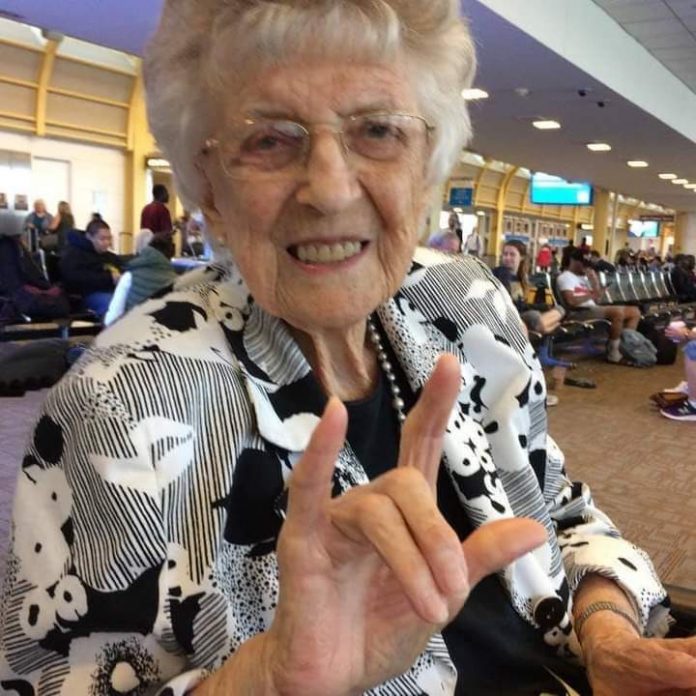 Reacting to her demise, a lecturer at the Federal College of Education (Special) Oyo, Dr. Tola Odusanya recalled that Riekehof lectured his graduate class at Gallaudet University about 30 years ago.

“By then, she, if indeed died at 99, would be about 69. There were signs of forgetfulness of the signs just as old people would forget some stuff”.

Odusanya who recalled her as a very pleasant lady, said the late Riekehof smiled and made the class sessions pleasant, expressing regret that a titian in the American deaf community is gone.

“May she rest in perfect peace. May those she left behind in her nuclear and extended family and of course the members of the Deaf community have the fortitude to bear the great loss!

Odusanya, however, noted that whilst many can claim rightly that they learnt sign language through her book, the book was greatly plagiarized in Nigeria, a development that did not allow for the growth of our indigenous sign language.

Also speaking, another advocate in the disability community, Umar Farouq, said there was no doubt that the deaf community will miss Reikehof’s passing.

He noted that the first time he came across her book Joy of signing was in 1996, the same year he was enrolled into deaf school.

“It was my uncle Adamu Bukar Gaji that give me his copy to take home and learn. I can say her book and Adam B. Gaji were the one that lighten my way into deaf community,” Farouq said.

Riekehof, who authored the book, ‘The Joy Of Signing is a retired dean, administrator, and faculty member.

Dr. Riekehof was Gallaudet’s Dean of Women in the early 1970s, and a faculty member and department chair until her retirement in 1990. She was also the author of “The Joy of Signing: A Dictionary of American Signs.”

First published under a different title in 1961 and still available today, this book sold well over one million copies.

According to her Wikipedia entry, Lottie Louise Riekehof was born in Germany on August 13, 2020.

She, her parents, and a younger sister migrated to northern New Jersey in 1923; her two brothers were born in the U.S. She learned sign language from deaf parishioners in her church and from Dr. Elizabeth Peet at Gallaudet, then became an interpreter and interpreter educator.