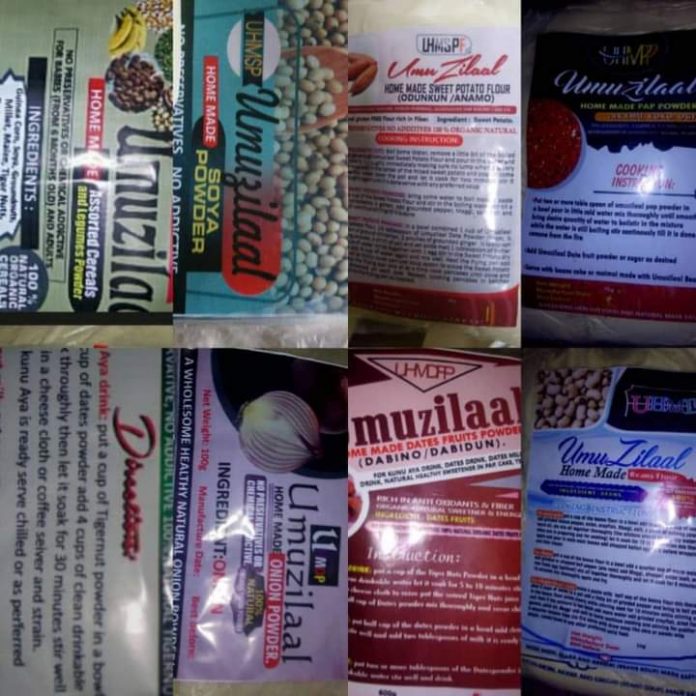 Ganiyat Onafeko – MohammedLawal is from Ogun State. Born into the family of Mr and Mrs Onafeko, she is the second to the last born in the family, a Post – lingual Deaf adult.

JOURNEY INTO DEAFNESS
I became deaf around December 1990 as a result of a terrible severe headache. My deafness was gradual.

After the headache abated I started perceiving echoes in the ears. The echoes were like the echo of unattended microphone. This made me asked people around if there was any party going on around us. After the perception of echoes in my ears, I also experienced serious ringing in the ears. Gradually, I observed that people often look at me strangely. Some will say “se o gbo ni” (don’t you hear), “se eti e di ni” (are you deaf), “se ki i se iwo ni mo n ba wi” (are you not the one I am talking to) etc. This made me to be aware that the people must have been talking to me and I didn’t hear them. I didn’t understand too why I couldn’t hear when I had no hearing difficulty prior to the time. I would strain my ears to understand little and then use my brain to understand what was being said.

I was taken to the local government hospital and then to the state teaching hospital. Later on, we were at Lagos University Teaching Hospital (LUTH). At LUTH, my ears were washed, yet, no improvement. Eventually, at LUTH, I was diagnosed of having hearing Impairment and Hearing Aid was recommended. Unfortunately the Hearing Aid end up being a waste of huge resources because it didn’t work for me as all I heard was amplified meaningless noise.

I was taken to a lot of church revival programs in a bid to get my ears to function again. Some family friends recommended DIY herbal ear drops which was applied. There was a particular herbal mixture I used that left my memory green. This special herbal mixture was made by soaking “guluso” (the Yoruba name of an insect that burrows on wood, we visited Sawmill to get the insects ) in honey. When I applied the drops from the mixture into my ears, I experienced uncomfortable hitching in the ears. Despite all measures taken, I remained deafened.

I continued straining my ears to hear. Initially, people felt I was pretending with the deafness because the ability to hear was fluctuating and the loss was gradual. As time went on, the hearing loss became more significant and the effect on my hearing ability was more severe. It landed me into trouble often. I got beaten often for failing to respond while I was being talked to.

In school, I became a subject of ridicule. I was mockingly called “gboin” (a derogatory term in Yoruba to describe someone who is stone deaf). The mockery was not even mildly done, neither was my emotion respected. The students would come near me and spilled the word right into my face. Occasionally, the mockery procession would be accompanied with drumming resonating the “gboin! gboin!! gboin!!!”. Such a depressing sight it was. The pain pierced sharply into the nucleus of my young heart. To add insult to injury, I often got beaten by some of my teachers. When I eventually opened up to one of these teachers that I was deaf, he asked in a humiliating way which of the two ears was deaf. Teacher’s comment on one of my report cards read “Ganiyat is absent minded in class”.

When I could not bear the bullying and humiliation again, I told my parents that I won’t go to school again. Consequently, I dropped out of school and stayed at home. After more than four years has elapsed, I was enrolled into new school in a remote village. At this new school, I hid my deafness by withdrawing into my shell. I kept conversation with other students at the barest minimum. I wrote my Senior Secondary Certificate Examination at this school. Afterwards, I secured admission into the University of Ilorin to study Finance.

My deafness made me to wallow in self-pity and I always thought I am the only Deaf person in the world then.

COPING WITH DEAFNESS
My mum (may Allah grant her and my father lofty height in Aljana firdaus) taught me the best technique for coping with my deafness. She said I should move close to the person talking to me so I can be able to speech read because I also have eye problem that developed five years after being deaf. This technique was of immense benefit to me because I was able to use it to get a job as sales girl. When my boss interviewed me, she didn’t know that I was deaf till the third day of working with her. I did this job for more than 5 years.

As a sales girl, I always displayed all the samples of each product we sell outside. When a potential customer visited the shop, I would move close to him or her and greet the person. Stylishly I would move to the place where the products samples are displayed making sure the customer was following me. I would then ask the customer which of the products he or she needed while I spread my hands in the direction of the display. Once he or she pointed to the product I would give the price and from there the rest was easy.

Coping in University wasn’t that difficult. All I did was to copy notes from my course mates. Most of them were quite friendly though few of them behaved like I could smear them with my deafness if they interact with me. My major challenge at the University was lack of timely information.

I began communicating with the Deaf students through writing but with time I discovered the beauty of Sign Language. I realized that life can be colourful and bright with sign language. I started learning and I learnt fast. Now, I too can wave fingers and hands in the air to express a million thoughts.

Sign Language has helped me tremendously it saves me communication hassle with people who know sign language.

ADVICE
To the person who is deaf, no doubt, living in a silent world is quite challenging and seems insurmountable. However, the good news is that all barriers set by deafness can be conquered. One should not allow deafness to limit one’s potential. Being deaf simply means one can not hear, it doesn’t mean one can not achieve one’s dream. The first step to conquering deafness is acceptance of deafness and the key to surmount deafness is EDUCATION.

Parents or people with Deaf children or Deaf family member should accept the deaf, show them love and understanding, they should involve the deaf in the family affairs, Deaf should not be seen as irrelevant member of the family or a piece irritant that other family members are to continue to cope and manage to live with . They should know that being deaf is not easy but they can alleviate the challenges of deafness on the Deaf person by showing them love, understanding and support. More importantly they should learn SIGN LANGUAGE because it is easier for a hearing person to learn Sign Languages than to force a Deaf person to hear. Parents are encouraged to educate, support and empower their Deaf child so that the child does not become a liability to him or herself, the family and the society in future.

The government should make Sign Language a subject from primary three to secondary school and also make Special Education a major course in all College of Education, Polytechnics and Universities this will also reduce the void created by lack of adequate interpreters in government agencies and other corporate organizations.

The society should do away with fable, myth and societal stigmatization of Deaf people, deafness is not infectious, it is not a curse or something that makes one quick to anger, troublesome etc. Deaf people do not need pity but understanding. Deaf people should be given equal right . Deaf can do anything except hear!

Deaf Nigerian Profile 022: With Adequate Training, A Deaf Child Can...