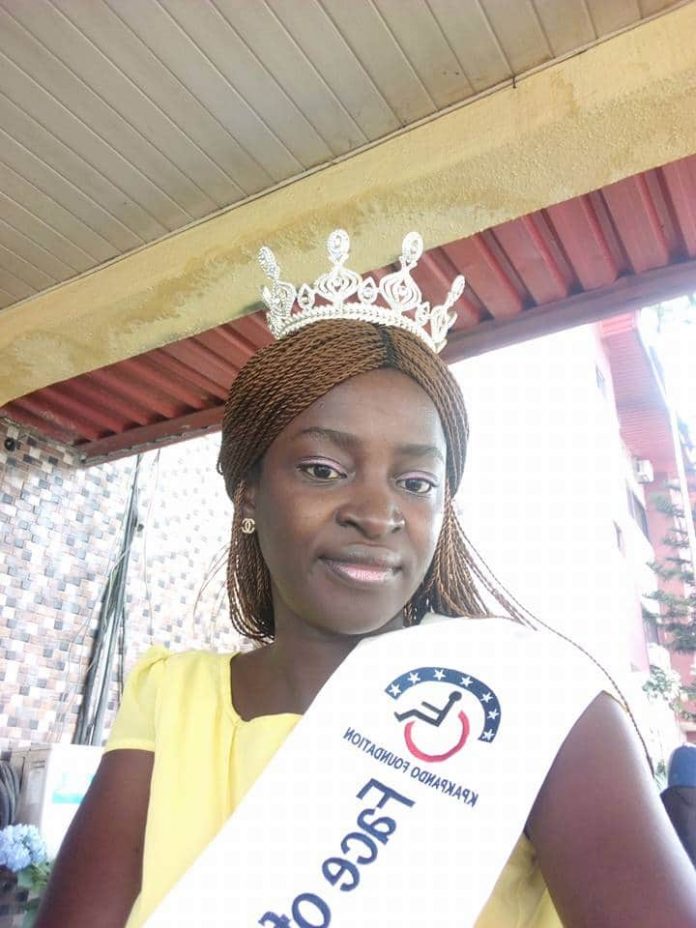 2017 winner of face of Kpahpando Foundation and Disability Advocate, Queen Helen Halima Makama was laid to rest on Friday, July 31st, 2020 amid tears from sympathers in Jos, Plateau state.

Makama, a physically challenged person was born in 1982 to the family of Danlami Makama, in Jos- North L. G. A. of Plateau state.

She started her formal education at Rwang Pam Memorial primary school Bukuru, in Jos- South from 1989-1994, where she obtained her first leaving certificate.

She proceeded to Girls High School Gindiri in Mangu LGA of Plateau State, for her Secondary School Education, from 1995- 2000 where she obtained SSCE and NECO Certificates.

She later got admission into Ahmadu Bello University Zaria, from 2001- 2008 and graduated with a Bachelor Degree in Regional and Urban planning.

Did her NYSC 2008 -2009. It was during her service, On 4th of March, 2009. She was involved in an auto accident as other occupants of the vehicle died on the spot, she sustained a spinal cord injury. She was later rehabilitated to be a wheelchair user.

She received her NYSC Certificate after completion of the exercise in November, 2009 in Abuja.

She later enrolled for Nigerian Stability and Rehabilitation programme in August, 2013 and completed with life skill training certificate.

She took a job with the Great Blessing Organization in 2016.

Helen was baptized in Ulster Church Gindiri by Rev. Dr. Soja Bewarang on the 1st June 1997.

She was a member of Network of Women with Disability.

Late Helen spent most part of her life in service to God and humanity.

She was a disability advocate, a philanthropist and an ambassador of fellow People With Disabilities (PWDs). She stood up for the rights of PWDs, she was among the few who championed the fight for the enactment of Discrimination against Persons with Disabilities (Prohibition) Act 2018.

In a Church Service in her honor at COCIN Rahol- Kanang, Bukuru, the preacher, Rev. Dr. Dauda Chantu, taking his text from the Book of Job 2:11-13, charged Christians to leave their comfort zones, to comfort people who are in pain and remind them to always choose their words carefully when comforting. Just like friends of Job did from the text.

The Reverend in charge of the Church, Rev. Stephen Godongs also call on Christians to live a worthy life. He further reassured believers in Christ that nothing will separate them from the love of God, not even dead.

Funeral arrangement of late Queen Helen Halima Makama was as follows; Service of songs on Thursday July 30 at 4pm, held at Mrs Esther Beka’s residence, Angwan Doki, Jos south local government, Funeral service at COCIN Rahwol Kanang on Friday July 31, while the final Internment was at the grave site of the family, in Ladura Du, in Jos South.

We at Inclusive News Network (INN) enjoins all Persons with Disabilities in Nigeria and those concerned to wish Queen Helen’s soul peaceful repose.