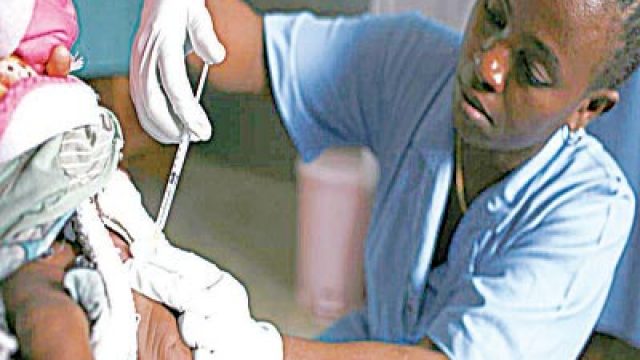 Two physicians, on Friday, called for increased awareness on hepatitis in order to stem its tide among Nigerians.

The physicians told the News Agency of Nigeria in Lagos that hepatitis, which is an inflammatory condition of the liver, was a killer disease.

One of the physicians, Dr Eke Onwuka, said that a recent Nigeria’s Indicator and Impact Survey (NAIIS) report estimated that Nigeria, with an estimated population of 190 million people, had a Hepatitis B prevalence rate of 8.1 percent.

He said that the report showed that Hepatitis C had a 1.1 percent prevalence rate.

According to the physician, hepatitis is commonly caused by viral infection and other factors, including autoimmune hepatitis and hepatitis that occurs as a secondary effect of medications, drugs, toxins and alcohol.

“Autoimmune hepatitis is a disease that occurs when one’s body makes antibodies against the liver tissue.

“These are responsible for viral hepatitis, which is an inflammation of the liver, due to viral infection.

“While all the strains causing acute hepatitis, only HBV and HCV commonly cause chronic hepatitis, which can lead to scarring of the liver (cirrhosis) and liver cancer,’’ he said.

The physician noted that hepatitis B, caused by HBV, was responsible for liver infection, saying that this could be serious.

“Chronic hepatitis B is the world’s leading cause of cirrhosis or liver cancer. It has no cure but it can be prevented by getting the hepatitis B vaccine and having safe sex.

“Hepatitis A doesn’t usually cause permanent damage on the liver but it can cause liver failure.

“There should be more awareness and sensitisation on hepatitis, because many people are not aware of it and the disease can kill fast, even before it is detected.

“Many people, who hear hepatitis, do not even know what it is exactly, hence the need to increase advocacy and sensitization, like it is given to , cancer, COVID-19 and others,’’ he said.

“Having yellow skin and eye colouration may also be part of the symptoms, although they are also signs of jaundice.

“Chronic hepatitis develops slowly; so these signs and symptoms may not be too obvious,’’ he said.

On precautionary measures, Nze said that practising good hygiene could help to avoid contracting hepatitis A and E.

He said that treating hepatitis depended on the type as well as how early it was detected, adding, however, that immunisation and practicing healthy lifestyle could help.

Nze advised Nigerians to regularly go for hepatitis testing, do regular medical checkups, observe good hygiene, maintain healthy lifestyle and immediately consult medical experts, if they noticed any of the symptoms and signs.

NAN reports that the World Hepatitis Day is commemorated annually on July 28, and that the theme for this year’s Day is “Hepatitis-free Future,” with focus on preventing hepatitis B among mothers and newborns.

Breastfeeding :UNICEF, WHO rally support for a healthier planet,officials say

Doctor Dies In Daura Before Testing Positive For Coronavirus