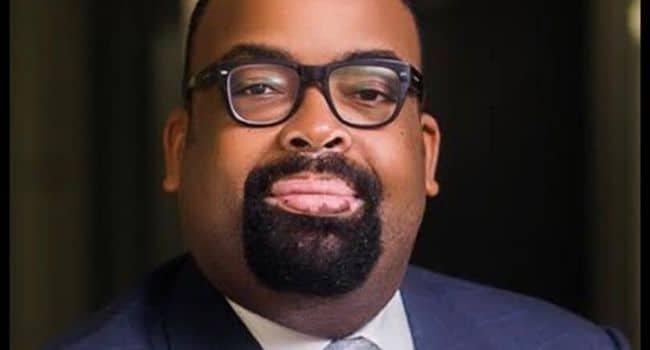 Barring any last-minute surprises, a former chairman of the Nigerian Bar Association (NBA) Section on Business Law Olumide Akpata is set to win the presidential race in the ongoing NBA national election.

Akpata as of 4:51 pm on Thursday had garnered 8748 votes (53.9 percent), placing him in pole position to become the first president of the NBA who is not a senior advocate of Nigeria (SAN).

His challengers are Babatunde Ajibade and Oladele Adesina, both SANs.

This will be the first time in over three decades that the President of the NBA will be emerging from the outer bar, and not among the rank of senior advocates.

Akpata, who has a skin condition known as Vitiligo, which some of his opponents had used to discredit his candidacy, is however an expert in corporate and commercial law.

Alao Aka-Bashorun, widely regarded as one of finest Presidents of the Bar who served between 1987 to 1989 during the repressive military regime of Ibrahim Babangida, was not a senior advocate.

The NBA elections is being conducted online where accredited members voted electronically, amid controversy of lack of transparency by notable activist lawyers like Chidi Odinkalu who accused the electoral committee of managing a rigged process.

Also, 16219 votes had been tallied with 40 abstentions from 16265 ballots for the presidential race.