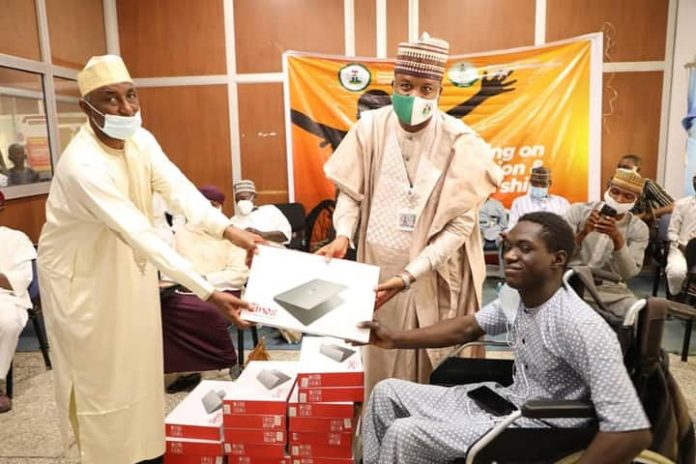 As part of effort to make digital literacy all inclusive, the National Information Technology Development Agency, NITDA today completed the training for 30 persons living with various forms of disabilities in Kano, Kano State.

The Minister, in his remarks as the Chief Host advised the trainees to be ambitious and not to see their disabilities as challenges that would not make them achieve success in their chosen endeavours. “You have to build on the skills you have acquired, challenge your previous successes,” he advised. 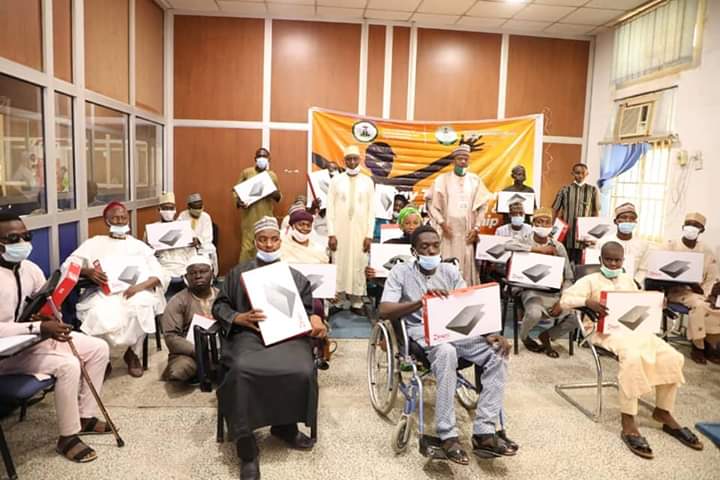 He said that, “as entrepreneurs, you will face a lot of challenges so encouraged to be focused and chase your passion diligently”, adding that no deformity can limit the level of achievements except the one set for yourselves.

Citing example of some renowned tech guru in the world, the minister explained that most of them turn their challenges to strength so they could become what they are today. He said, “Jeff Bezos founded Amazon in his garage in the year 1994 without making a profit for years. So you don’t have to be discouraged but keep your eyes on the ball.”

Dr Pantami informed the beneficiaries to count themselves lucky for being selected out of many people that applied for the training advising them to make judiciously used of the working tools provided for them and not to be tempted to sale it.

The minister while commending the NITDA boss and the entire management of the Agency for strategically implementing the policy of the ministry stated that the ministry would continuously coming up with strategies that will support the digital economy mandate of the ministry.

He directed NITDA to continue giving high premium to developing the capacity of the people. “I want you to keep this training going so our people can be empowered. You are also advised to have data base of the beneficiaries in order to keep monitoring their achievements.

In his remarks, the representative of the governor, Mallam Yakasai commended NITDA for choosing Kano state for the training, noting that the acquired skills by the trainees would assist them to be self-reliant.

Earlier in his speech, the NITDA boss said that the programme is targeted at promoting inclusiveness in the nation’s journey to digital economy. He added that the outbreak of COVID-19 pandemic has made digital skills imperative.

He said, “never before was digital skills more critical as it is today. As we move from pandemic emergence response phase to recovery phase, the unprecedented disruption of this pandemic is accelerating the urgency of digital transformation and it has forced us to embrace new practices such as social distancing, remote working and virtual events.”

He reiterated that the training is aimed at ensuring that no Nigerian is left behind in the journey to digital Nigeria. The Honourable Minister has enjoined us to embark on massive training and re-skilling for all Nigerians including more than the 25 million people living with disabilities. He added that this year training is focused on upskill and empowerment of the people living with disabilities with digital skills on Office Automation and Technoprenuership.

He said special attention is being paid to entrepreneurship because Small and Medium Enterprise and tech startups are the backbone of any nation.

Ado Sanusi Sabongida, one of the beneficiaries of the training who is living with Cerebral Palsy, delivered vote of thanks on behalf of the others. He thanked the management of the NITDA for not forgetting special people in their programmes.

He equally advised other agencies of government to emulate NITDA at empowering the special people adding that they should be looking inward to see abilities in their disabilities.

The highlight of the ceremony was the presentation of working tools to the trainees.