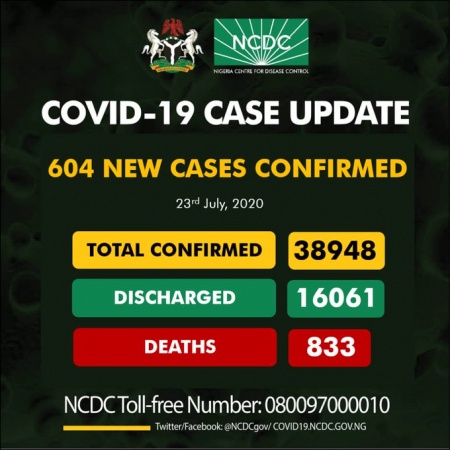 This is according to a tweet by the Nigeria Centre for Disease Control (NCDC) which noted that the country had six hundred and four (604) fresh cases of the virus for the day.

The data from the NCDC further showed that the latest COVID-19 infections were reported in twenty states and the Federal Capital Territory (FCT) with Lagos State, the country’s epicentre for the disease, having the highest number of infected people – 203.

Of the confirmed infected persons in the West African nation – 38,948 – 16,061 have been discharged with 833 deaths recorded thus far, the data from the health agency indicated. (Channels TV)