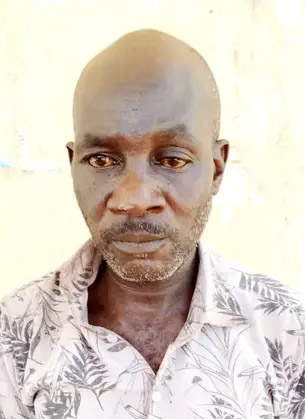 The Adamawa state Police Command has again recorded another milestone in it’s fight against rape and sexual assault against women and children.

Police Public Relations Officer, DSP Suleiman Nguroje in a statement releases on Thursday said the Command on the 22nd of July arrested one Ezekiel Mahai, 44, for raping an underaged physically challenged girl in Prakwanta village of Gombi local government.

“The suspect prior to his arrest observed the absent of the victim’s Mother and eventually took advantage of the sick under aged girl and raped her.

“The victim is now undergoing medical screenings while the suspect is taken into Custody for investigation and Prosecution, ” the statement reads.

The command calls on members of the public to key into the fight against sexual assault against women and children and caution parents and guardians to closely monitor their wards.