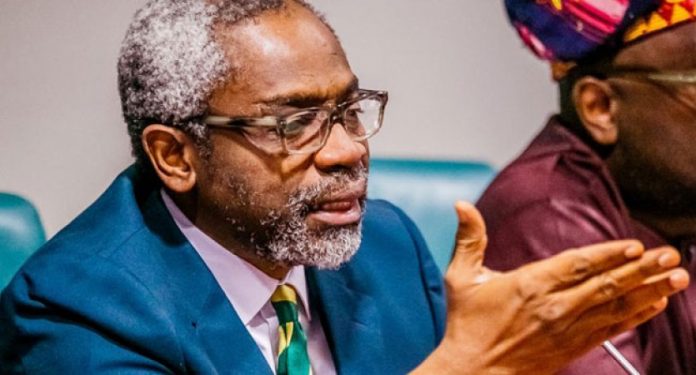 The lingering crisis over the recruitment of 774000 Nigerians for the public works across the country is yet to be resolved, as the House of Representatives on Tuesday asked Federal Ministry of Finance not to release any funds for the implementation of the Special Public Works programme until due process is followed.

The resolution was passed by the House sequel to the adoption of a motion on the ‘Need to uphold the National Directorate of Employment (NDE) Act in the implementation of the Special Public Works Programme’, sponsored by the Minority Leader, Hon. Ndudi Elumelu, who noted that the office of the Minister of State is strange to the provisions of the 1999 Constitution (as amended) and the NDE Act.

In his lead debate, Hon. Elumelu who frowned at the flagrant breach of the provisions of Section 2 of the NDE Act, which unambiguously vests in the agency the responsibility to, among other key aims and objectives, design and implement programmes to combat mass unemployment.

“The Appropriation Act 2020, a valid law of the Federal Republic of Nigeria is clear that the NDE is the implementing agency for the Social Public Works (SPW) programmed and captured its as follows:

“The House is aware that the executive proposed this programme, it could have clearly named the Ministry of Labour, not NDE, as the implementing authority in the 2020 budget if it so wished.

“The House is also aware that NDE, is a creation of the law, has been in operation for about 23 years and has the professionals and requisite technical staff to implement government policies, including

the special public works programme, an initiative on which it has conducted a pilot study in 8 states of the federation, hence the domiciliation of the programme with the agency.

“The House is mindful that of the high economic consequences for the country to resort to ad-hoc arrangements that may not be accountable tomorrow rather than make use of the NDE being an interventionist the agency created by law.

“The House also mindful of the grave developments in the Niger Delta Development Commission (NDDC), where the Executive recruited an interim management committee (IMC), instead of inaugurating the NDDC Board as submitted by Mr President and approved by the Senate.

“The House notes that the supervising powers conferred on the Minister of Labour by Section 15 of the NDE Act do not condone any abnormalities or allow the Minister to do so without regards to the law.

“The House is also aware that by our laws as presently constituted, the NDE is an implementing agency with the Minister of Labour, not Minister of State, an aberration and indeed an entity unknown to the law, is the supervising Minister.

“The House is mindful that the term ‘Minister of State’ is not a creation of Section 145(1) of the 1999 Constitution. This may, therefore, be the reason for the refusal of the Minister of State to be guided on the method adopted by Parliament for its proceedings and his assertion that ‘only Mr President can stop our work’, not our laws nor our Constitution.

“The House is worried that this attitude may jeopardize the capacity of the National Assembly to oversight and ensure prudence as enshrined in Section 88 and 89 of the 1999 Constitution.

“The House is determined to prevent any mischief, wastage of scarce public resources, lack of accountability and defeat of the aims and objectives of the Special Public Works programme,” he stressed.

To this end, the House urged President Muhammadu Buhari to direct the Minister of Labour recognized by the Constitution and NDE Act, to live up to his lawful responsibility of supervising the NDE, ensuring non-interference and meddlesomeness by any persons in the running of the agency.

Similarly, the House urged the Ministry of Finance not to release any funds for the implementation of the Special Public Works programme if it would breach the due process, Appropriation Act 2020 (as amended) as well as the NDE Act. (Nigerian Tribune)

FG to begin special public works programme for 11,000 youths in...

Collection of forms for 774,000 Special Public Works commences in Rivers