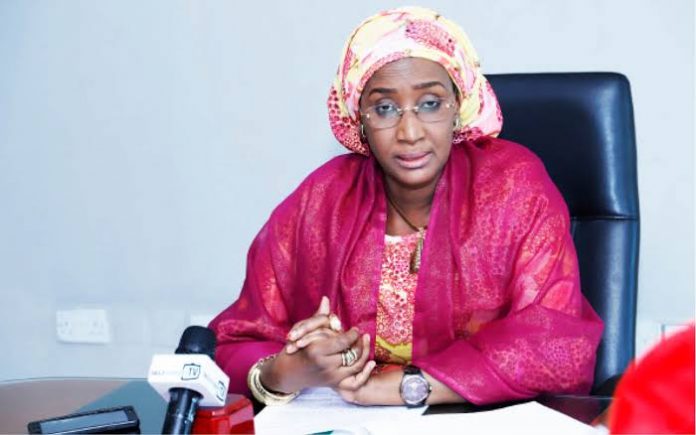 The Minister of Humanitarian Affairs, Disaster Management and Social Development, Hajiya Sadiya Umar, has charged beneficiaries of the Federal Government’s Conditional Cash Transfer (CCT) programme against collecting less than N30, 000 as their grant.

The minister gave the charge on Saturday at a press briefing in Gusau in continuation of the CCT programme across the country.

She said the programme was part of President Muhammadu Buhari administration’s initiative to bring succor to the poor, unemployed and vulnerable Nigerians.

The minister said it was designed to give the grant of a minimum of N30, 000 and a maximum of N80, 000 to every beneficiary.

“Should any of our officials involved in the programme give you anything short of the minimum amount of N30, 000, do not collect.

“Report directly to me or your state governor through our telephone numbers which have been made available to you,

“I will also want to implore the media to give serious publicity to this issue so that the programme is not undermined, abused or defeated,” she said.

On why the programme was yet to fully take off in some states, the minister said; “state governments are supposed to be 30 per cent ready in terms of their commitment and personnel involvement before the federal government comes in with the remaining 70 per cent.

“In Zamfara where we are now, the state government had shown 70 per cent commitment and we have started with communities in six out of the 14 local government areas of the state while the others will soon take off,” she assured.

She, therefore, appealed to the state governments to show more interest and commitment to the programme so as to improve the living condition of the people.