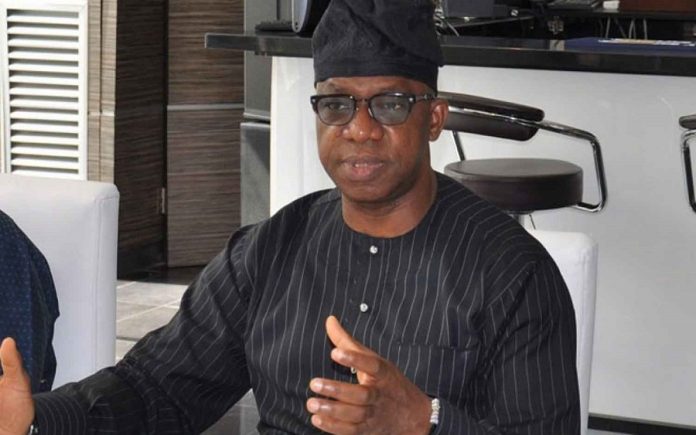 No fewer than 1,165 rice farmers have been empowered with farm inputs by the Ogun Government under its Anchor Borrowers’ Programme (ABP).

Gov. Dapo Abiodun made this known during the flag-off of the 2020 wet season held on Thursday at the Ogun State Agro Service Corporation, Imowo, Ijebu Ode.

The governor gave farmers an assurance that his administration would continue to provide support and agricultural incentives to all other value chain actors.

Abiodun who was represented by the Commissioner for Agriculture, Dr Adeola Odedina, urged other farmers to key into the various agricultural programmes of his administration saying, “Ogun State-facilitated ABP was exemplary and transparent’’.

“This programme has become the hallmark of our deliberate focus on agricultural opportunities, which is aimed at supporting farmers and other agricultural value chain actors, as part of our resolve to achieve the state’s agricultural agenda of food security,” he said.

He said that documentation of prospective beneficiaries of agricultural opportunities were carried out at the inception of his administration,

The governor added that the distribution of inputs, credit and market linkage to 3,500 cassava ABP farmers were recently flagged-off, noting that rice had been given preference as cassava.

He said efforts were ongoing to replicate same for maize and cotton value chains, among others in the programme.

Abiodun also urged participants to take full advantage of supplementary assistance provided by government and also abide by the terms of engagement of the linkage Programme.

The Permanent Secretary in the Ministry, Dr Dotun Sorunke, said the present administration had recognised agriculture as one of the areas the state government could depend on to revive its economy.

He, however, urged beneficiaries to be committed to farming to realise government’s drive for food security and job creation.

In her remark, the representative of Central Bank of Nigeria (CBN), Mrs Oluyemisi Olukoya, urged rice farmers to live up to expectation by using the inputs judiciously to enable them refund the loan granted by the apex bank.

Korede said the move would enable the country to be self- sufficient in food production.

Responding on behalf of other beneficiaries, Oluwadamilola Ogunbanjo, commended the government for facilitating the grant and expressed the hope that it would further assist them in their quest for fully mechanised rice farming.

PHOTO: Made in Kano COVID-19 Vaccine