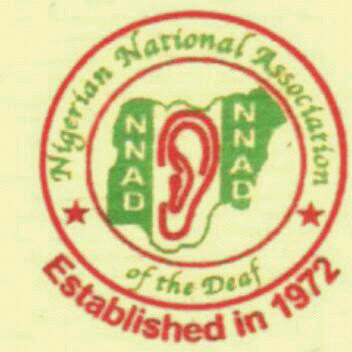 The Nigeria National Association of the Deaf (NNAD) Katsina chapter has suspended its Vice Chairman, Comrade Sani Umar over what it described as acts of indiscipline and defamation of character.

A letter signed by the PRO of the Association, Nasir Dalha (Aka Shagzi) on behalf of the Chairman, Isyaku Hassan Yargoje, said Umar also known as Thossy, was suspended after series of meeting by the State Executives was held to deliberate on acts of indiscipline leveled against him.

According to the letter, it was agreed that any Exco member who does not oblige to the core ethics of the Association will be suspended till further notice.

The letter added that Umar’s suspension, which will run for three months was based on the grounds of conspiracy on breaching the adopted rules and agreement by the executive committees; tendency of physical fight as Number two member of Exco as well as defamation of characters

The letter dated July 14, 2020 read, “I am directed on behalf of NNAD-KATSINA BRANCH to inform the General public of the suspension of the association’s Vice Chairman in person of COMR. SANI UMAR (Aka Thossy) by the association.

“Upon series of State Excos meeting which held for over a period of time, there are several disciplinary measures and new rules adopted and put in place for the State leaders to constitute and lawfully follow up.

“All the leaders agreed that it will not tolerate any act of indiscipline from anyone among the state leaders or any of the Exco members and that anyone who does not adhere to the core of the ethic of the association will be suspended till further notice.

“NNAD-KATSINA is deliberately step on to fight against indiscipline, defamation of characters etc within ourselves as a state Leaders so that we can be able to carry on with our agenda in the interest of our legal members.

“The suspension of Vice Chairman Comr. Sani Umar Aka Thossy is for period of three months on the following grounds: Conspiracy on breaching the adopted rules and agreement by the executive committees; tendency of physical fight as Number two members of executive committees; defamation of Characters.”

Lalu Reassures JONAPWD Of Commission’s Commitment Towards Welfare Of PWDs

DRAC Moves To Improve Access To Justice For Persons With Disabilities

Lalu Reassures JONAPWD Of Commission’s Commitment Towards Welfare Of PWDs