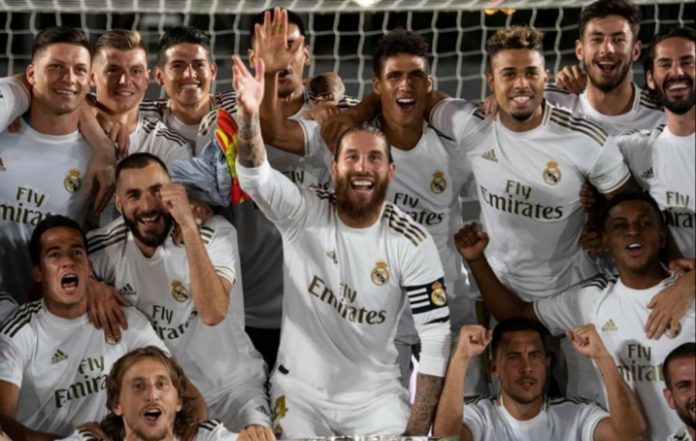 The Zidane-tutored team defeated Villareal 2-1 to win the league.

With their biggest rivals Barcelona losing with the same margin to Osasuna on Thursday night, the Madrid team won the third domestic title in a decade dominated by the Catalans.

French star striker, Benzema scored both goals in each half in a match largely dominated by the Spanish giants.

Chinese athlete honoured for climbing up mountain — in a wheelchair