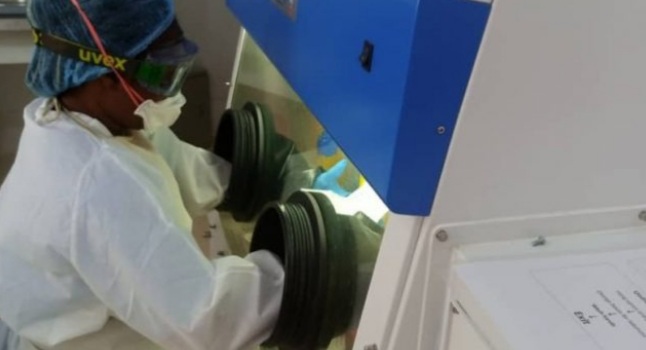 A total of 643 new samples have been confirmed positive for COVID-19 in 18 states and the federal capital territory (FCT).

The new cases were announced by the Nigeria Centre for Disease Control (NCDC) in a post on the agency’s website detailing the figures for July 15.

With the new cases, Nigeria is close to hitting 35,000 confirmed cases in total.

Six new deaths were recorded on Wednesday and the fatality rate increased from 754 to 760, while with 207 new recoveries, a total of 13,999 people have now been discharged across the country.

Lagos, Oyo, Kano and the FCT currently account for over 100,000 tests conducted out of around 200,000 samples collected across the country as of July 14.

Meanwhile, five states have done the least amount of tests with less than 500 samples collected for each state — Cross River has conducted 16 tests; 24 in Kogi; 134 in Yobe; 316 in Zamfara and 438 in Taraba.

However, for some of the areas with low testing capacity, it may be as a result of unavailability of diagnostic centres within the states.

Aside from Kogi and Cross River, the three other states with less than 500 tests have not been added to the NCDC laboratory network. (TheCable)

COVID-19: Use Of Chloroquine Has Not Been Approved, NCDC Warns Nigerians