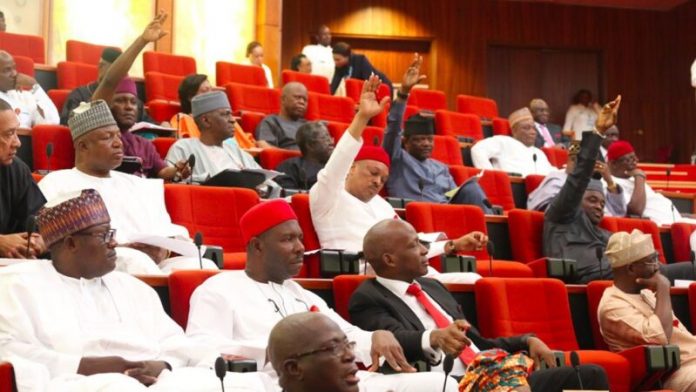 The approval covers Personnel, Overhead and Capital expenditure cost of the FIRS for the 2020 fiscal year.

The approval was sequel to the consideration of a report by the Senate Committee on Finance.

The Chairman of the Committee, Sen. Solomon Olamilekan Adeola, (APC – Lagos West) while giving a summary of the budget, said N1.56 trillion was projected as collection for oil revenue; N4.502 trillion from non-oil revenue for the service.

Adopting the recommendations of the report, the senate called for the digitization of all processes in the administration of tax in FIRS, to bring the Service up-to-speed with rapidly increasing online economic activities.

The upper chamber also approved a one-off special purpose intervention fund to the tune of N100 billion to assist the FIRS complete its head office within 12 months and six, Training Schools.

It also approved that the budget for the financial year must terminate on December 31, 2020 to ensure adherence to the January to December financial year.

Also, the appointment of Mr Usman Mahmud Hassan as Commissioner of the Revenue Mobilization Allocation and Fiscal Commission (RMAFC) was confirmed.

The confirmation of both nominees followed the consideration of the reports of the Senate Committees on Independent National Electoral Commission (INEC); and National Planning and Economic Affairs.