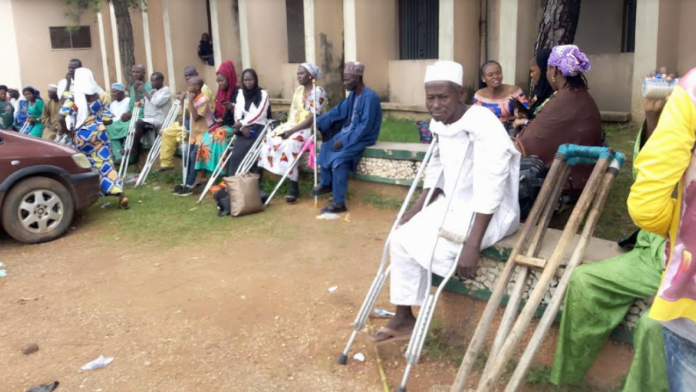 An Organisation, Dynamic Orthotics and Prosthetics Nig. Ltd., has distributed prosthetics to more than 120 indigents in the country.

The Clinic Director of the organisation, Mr Zingak Deshi, gave the figure in an interview with Newsmen on Tuesday in Jos.

Deshi said that the company was collaborating with other bodies in the United States to make the commodity affordable to the indigents.

“We also have partnerships in the United States.A, to provide over 80 legs for Nigerians for free and now, we have done more than 120 legs which is worth N290 million, already provided for indigent Nigerians.

“In Plateau, we have over 80 persons that have enjoyed such opportunity.

“We have legs that are up to N7 million, eight of which were given for N400,000.We did that through the support of the Reformation Baptist Church, United States.A. and the progressive prosthetics and orthotics in the United States,” Deshi said.

According to him, the major cause of amputation is diabetes, which is asymptomatic till it affects several parts of the body.

“One of the most dreadful diseases apart from the pandemic is diabetes; a lot of people have several parts of their bodies amputated especially their legs and their foot, due to diabetes whose number is increasing.

“Some clinicians said it is becoming very alarming; one of the things is that we have a condition called prediabetes.

“You have diabetes and you are not aware, it is not symptomatic and it is not showing.

“One day, you will discover that you cannot do certain things; before you know, it leads to amputation,” he said.

The clinic director expressed concern that the provision of artificial limbs was a great challenge in Nigeria, as it was a very expensive venture.

He noted that some amputees could not even raise N50,000 for limbs, thus calling on organisations to collaborate with the body in assisting more indigents in the country.

The organisation, in collaboration with the Amputees Coalition of Nigeria, organised a conference for amputees in 2019 to chart ways of relief to them.