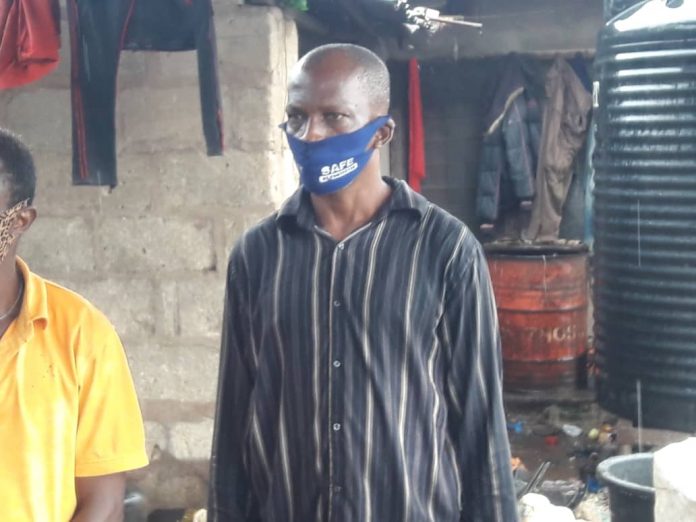 Executive Director of ‘Deaf Scrapping & Plastic Mixing Industry’ Stanley Ozuruah has said the inspiration behind employing deaf persons to work for him is driven by his desire to lift many of them out of poverty.

Ozuruah, a serial entrepreneur, who spoke with members of Anambra State Association of the Deaf (ANSAD) during a courtesy visit by the Special Adviser to the Governor of Anambra State on Disability Matters, Barr. Chukwuma Ezewuzie to his office in Awada, said he was passionate to see his fellow deaf persons rise and become self reliant, saying that he feels a sense of duty each time he sees jobless deaf persons roaming the streets.

“I feel bad. However, my firm has lifted many deaf people out of poverty. I and Mr. Ifeanyi Chukwuma have tried all we can to get many of them to quit street begging. I currently have over 25 workers in my industry and 99% percent of them are deaf, with a good percentage being graduates.

“Also, some of my workers are from different parts of Nigeria like the South West, and South East. There are even a few from Ghana (West Africa).

“More, many deafies walk around gathering as much metal & plastic debris as they can, which the populace throw away as rubbish and bring these to me. I weigh what they gather and pay them. My security personnel are deaf too, because I am passionate about giving employment opportunities to as many deaf individuals as I can.”

Recalling his humble journey from grass to grace, said he had to drop out in Primary 5 due to financial constraints, emphasising that his parents could barely feed them and education became a mirage.

Ozuruah, a post-lingual deaf person and a father of four, said after dropping out of school, he was called by a friend to join him in picking plastic debris/materials in the city which they would sell to a plastic recycling company.

“That was how I started working to earn a living and surviving became less difficult.

“As life went on, I later started working under someone at Owerri Road, Anambra State in his small recycling industry. Fortunately for me, my boss recycled both metal & plastic materials. Although I was posted to the scrapping section which was my area of specialty, I was inquisitive and exerted myself in learning all I could about every aspect of the operations of the firm.

“I paid rapt attention to how they handled metals, especially how they operated the mixing machine. That was how I soon got vast knowledge and experience in varied recycling fields. While serving my boss, I made sure to save a lot of money. Indeed, I was a serious saver and a poor spender,” he recalled with nostalgia.

But he said his big break came when his boss had aged, he entrusted him with more responsibilities and even named him as one of the Managing Directors of the company much to his excitement.

He proceeded to acquire a property and started his Scrapping & Plastic Mixing Industry with someone who could hear.

He also commended the Anambra State Governor for his efforts so far to ameliorate the plight of deaf persons and persons with disabilities in general, but added that more needs to be done.

“We urgently need support from both government and Non-Governmental Organisations. We are also requesting for loans from the Anambra State Government through the Office of the Governor on Disability Matters and we’ve been keeping hope alive that the request will be granted.

“We also need more recycling companies to buy from us. My company is at ño20 Igboamaeze, street Awada, Anambra State and would appreciate increased patronage from interested parties. We have many things here that would be very useful to recycling companies,” he said.

On some of the challenges his business faces, Ozuruah listed epileptic power supply as the major obstacle, adding that he currently owes Enugu Electricity Distribution Company (EEDC) over N2million.

“Without power supply, my business cannot move well. I planned on visiting the EEDC office in Enugu for negotiations and to make a plea for a reasonable electricity bill reduction, but COVID-19 prevented this from happening, and the bill mercilessly keeps on increasing. I’ve recorded many lapses.

“Secondly, safety is now a serious concern and the rainy season has contributed to the challenges we normally face, like security and lack of good access roads. The fence built around my firm for our security has fallen and 5million naira is needed to rebuild it. This I cannot afford for now. Work is currently not moving well as a result.”

Advising parents with deaf children, he said it was counterproductive to hide them at home, urging them to bring them out to work or take them to deaf schools for education that will better prepare them to live independent and successful lives.

IF THERE WERE MORE DISABILITY-FRIENDLY GOVERNORS AND POLICES IN NIGERIA LIKE...

Teenager Calls For All Schools To Teach Sign Language ‘To Make...