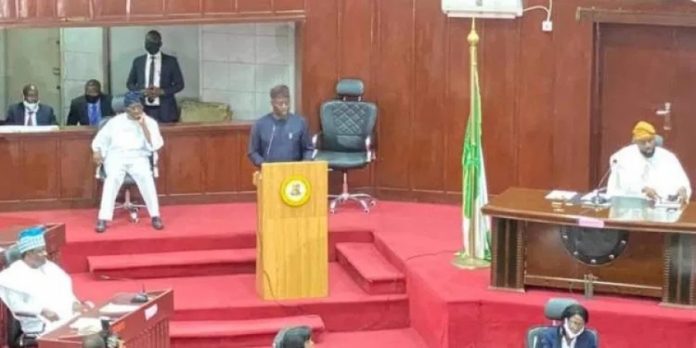 The Oyo State House of Assembly has made a proposal that females working in the public sector be granted six months maternity leave at full pay.

The proposal came in the form of a motion presented by the member representing Ogbomoso North Constituency, Honourable Wumi Oladeji, at the Assembly’s plenary, held on Tuesday.

Oladeji hinged the motion on the need for the State to comply with the stipulation by the World Health Organization (WHO) that mothers should breastfeed exclusively for six months.

She described the four-month maternity leave presently in practice in the State as inadequate, noting that granting nursing mothers six months off work would give them the needed time to breastfeed.

Oladeji argued that limited maternity protection policies prevent women from having time to breastfeed, thereby increasing child and maternal mortality in the State, pointing out that exclusive breastfeeding offers improved intelligence, productivity and a healthy start to life for children.

The motion, which also identified the role of fathers in healthy and holistic development of children, asked that new fathers should also be granted paternity leave of four weeks.

Ruling on the proposal, Speaker of the Assembly, Honourable Adebo Ogundoyin, asked the House Committee on Women Affairs to meet with the State ministries of Health and Women Affairs to look at reviewing existing laws on maternity leave in the State.

Speaking on another motion by Honourable Yusuf Adebisi of Ibadan South West 1 Constituency, Ogundoyin urged the State government to implement concrete plans to curtail flood incidences in the State.

Ogundoyin sought collaboration among the Ibadan Urban Flood Management Project, the Oyo State Road Maintenance Agency and the State Ministry of Works and Transport, in identifying hot spots of flooding, having flood prevention plans and fixing damages from flood occurrences.

In the motion, Adebisi pointed to the need for the Oyo State Government to clear waterways and rehabilitate roads, noting that dredging of rivers across the State had become expedient to forestall recurrent flood disasters in areas in Ibadan including Olodo, Onipepeye, Oki and Ariyo.