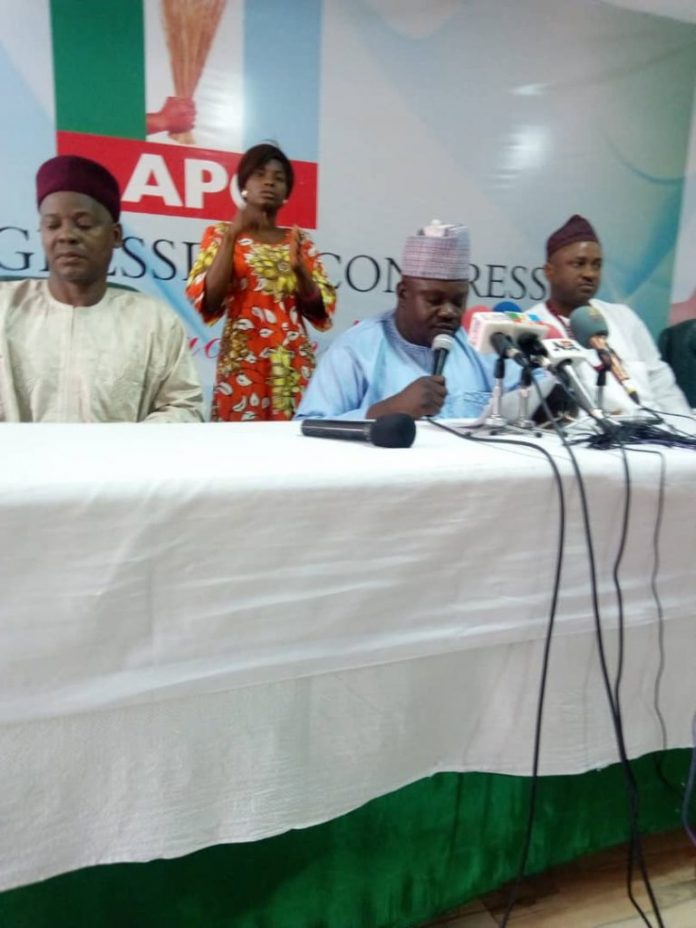 The All Progressives Congress (APC) Group of Persons Living with Disabilities (PWDs) have lauded President Muhammadu Buhari for ensuring that the Caretaker Committee inaugurated to lead the party was all inclusive.

The group, in a statement congratulated the Caretaker Committee and Extraordinary Convention Committee for the inclusive appointment that was made not only in line with international best practices but also as per the UN Convention on the Rights of Persons with Disability which makes provision for the political participation of people with disabilities.

“It is the recognition of the APC PWD Support Group– as the only recognized Support Group for APC Disability Political Movement to work extremely closely with the Caretaker Committee, through the Office of the National Disability Leader toward achieving a fitting party convention and associated agenda that advance the interest of our party, as well as the APC community of the disabled nation-wide,” the group said.

They said the termination of the National Working Committee (NWC) by President Buhari in the wake of the lengthy internal challenges was geared towards helping the party reposition itself more strategically.

It added that the APC can be leaner, more efficient, better organized, and better focused on its core political objectives with a revised strategic and associated plan adding that protracted internal wrangling can expose the party to potential hazards such as implosion.

“This will be incredibly, irreparably damaging to the survival of Nigeria as a nation. Because, given the enormity of what our country had been through in the years before our ascension as the ruling party, a fractured party will bring back a healing nation to the sorry point it was before our party took charge.

“Dissolution of the NWC and party autonomy. The president intended to institute party unity on the heels of a protracted party watershed. Following the leadership suspension due to a crisis can make members and individuals realize that after all is said and done, it is the party that remains.

“The president was rightfully sending a clear message that no individual, regardless of their status or station is bigger than the APC. No one can be superior to an institution—suffice to say a ruling national political institution.

“Everyone had to be let gone and every one of us had to see, once more, how the the autonomy and the sovereignty of our great party supersede other entities which by all means remain secondary to our great party.

“As hard a decision it was for the president, the termination of the National Working Committee (NWC) of the APC can bring about significant changes and prospects for more remarkable accomplishments in the coming years.”