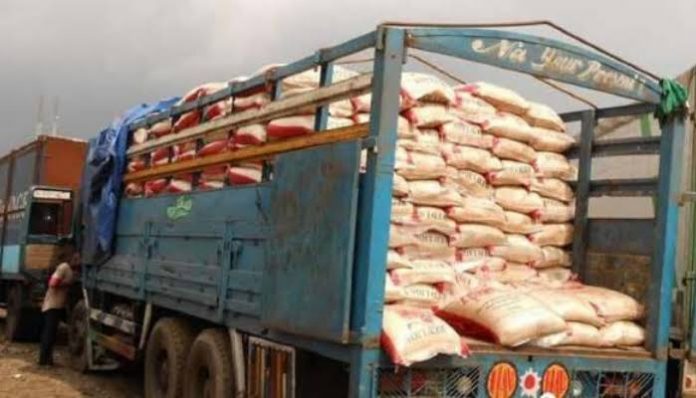 Federal Government and Coalition Against COVID-19 (CACOVID) has, again, distributed 38 truckloads of assorted food items as palliatives to indigent and vulnerable persons in Nasarawa State.

Nasarawa State governor, Abdullahi Sule, who distributed the palliatives on behalf of the Federal Government and CACOVID said the gesture was to cushion the effect of Coronavirus pandemic in the state.

During the flag-off of the palliatives to the beneficiaries in Government House in Lafia, Wednesday, Governor Sule said the palliatives were specifically donated to the state by the CACOVID to support the people in their hardship.

According to the governor, for now, each Local Government Area would get one truck of various food items including Rice, Noodles, Oil, Semolina, Salt, Sugar, among other food items.

“The palliatives would be distributed to all the 1, 945 polling units in the state to the vulnerable to lessen their hardship.

“The civil servants, businessmen and women, political appointees and members of the committee at the state and local government levels are exempted from the intervention.

“However, the committee members at all levels would be held responsible for any abnormality and diversion in the distribution.

Sule said the distribution was done in addition to the one the government did recently.

“We had earlier distributed one truck of palliative to each local government to cushion the effect of the lockdown and other measures taken to contain the spread of the virus.

The State Deputy Governor, Emmanuel Akabe, and the chairman of the Palliatives Distribution Committee said they had put machinery on ground to ensure that the items got to the poorest people that really deserved it.

He explained that the distribution would be done at the 1,945 polling units of the state.

He added that every beneficiary in a household would fill a form and provide phone numbers, names, location, among other information.

“The essence of the information is to afford the government the opportunity to verify whether the items got to the deserving people.

“We can pick any form and call the number of the person who collected the items for confirmation,” Akabe explained. (BusinessDay)

WHO Expects Virus Cases To Hit 10mn Next Week, Yet To...