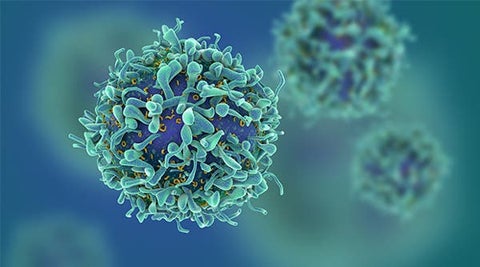 Dr Olumuyiwa Ojo, an official of the World Health Organisation (WHO), says elimination of cervical cancer, a deadly disease that affects more than 14,000 women annually in Nigeria, is possible.

Cervical cancer causes 8,000 deaths annually due to late presentation at health facilities, making it the second leading cause of cancer deaths in women aged 15 to 44 years in Nigeria.

The Forum was organised by the National Cancer Control Programme of the Federal Ministry of Health, in collaboration with the John Hopkins, Bloomberg School of Public Health, International Vaccine Access Centre and Direct Consulting and Logistics.

Ojo, Focal Point for Maternal, Sexual and Reproductive Health Programme with WHO said some diseases had already been eradicated globally.

“We have been able to eradicate small pox, eradicate guinea worm, and we are on our way to eradicating polio and cervical cancer; it is one of the cancers that we can actually eliminate in our time,’’ he said.

Speaking on the global picture, he said most countries that were affected by cervical cancer were countries in sub-Saharan Africa, and in South East Asia.

“These are the countries that we have high level of poverty; they are countries in the lower income cadre, so cervical cancer is now seen as a disease showing how poor people are.

“It is a cancer we can eliminate in our own time, we have all the tools, we know much about the disease and we know what to do.

“All we need to do is put more political will and more investment to achieve this. We have Human Papilloma Virus (HPV) vaccine.

“We also know about Pap smear, and the good thing is that we have almost 20 or 30 years to prevent cancer from manifesting.’’

According to him, in May 2018, there was a global call for the elimination of Cervical Cancer at the World Health Assembly.

Ojo told the forum that Nigeria was the only government institution that supported other partners to make the call, saying: “ it is very important for us to sustain the political will.

“In January 2019, at the WHO Executive Board meeting, more than 70 countries supported the decision to develop a global strategy to accelerate cervical cancer elimination.

“The meeting mandated the WHO Director General to develop a global strategy to accelerate cervical cancer elimination with timeline of 2020 to 2030.

“May 2020, the World Health Assembly was to look at the strategy and to be ratified by member states, but COVID-19 happened and the meeting was done virtually.’’

Speaking on the main backing for the global call for countries, the official said that the strategy for the elimination of the disease hinged on four questions:

“What will the cervical cancer threshold should be to achieve elimination as a public health problem?

“What combination of screening, vaccination and cancer management strategy can meet the elimination?

“What should be the target for these three levels of prevention and when can the elimination be reached, as well as what is the most effective strategy to reach the elimination?’’

He said the world was moving up towards the elimination of the disease and the idea was to eliminate cervical cancer as a public health problem.

“By elimination, we may have one or two incidences of the disease, but it becomes less and less of public health problem.

“The next level, if we achieve elimination, is eradication; right now we are working towards that.

“For every dollar that is invested in the elimination strategy, according to modelling done by WHO and partners, 3.2 dollars is the economy return of the investment for the world and the country,” Ojo said.

In addition, the official spoke on the three strategies on the elimination of cervical cancer.

“The first one is the primary prevention, which is to immunise 90 per cent of girls from 15 years of age with HPV vaccine by 2030.

“We need to invest more in pathology, surgical oncology, radiotherapy, chemotherapy and palliative care. So with all these strategies implemented, elimination of cervical is possible Nigeria,’’ he said. (NAN)

COVID-19: WHO approves use of dexamethasone for critically-ill patients

ABOUT US
Inclusive News Network brings you a combination of news and information about people living with disabilities, including local news in various forms. We welcome news articles and scoops from reporters, writers, presenters and individuals from different genres. If you are a writer, a reporter or presenter, and you do have any content to share, kindly e-mail us your articles to www.inclusivenewsnetwork@gmail.com or support@inclusivenews.com.ng with a link of your blog or website. We also welcome short stories and other advocacy-related articles. We will certainly find them useful. Thank you.
FOLLOW US
© 2019 | INCLUSIVE NEWS NETWORK | All Rights Reserved