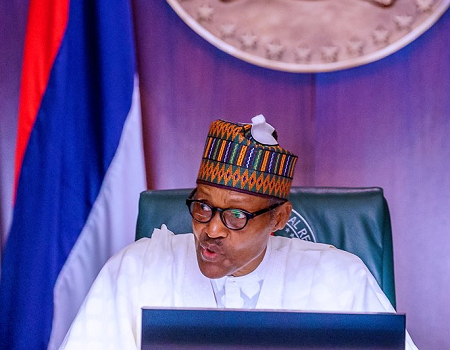 •To deliver N2m per housing unit

Ongoing efforts to reconstruct the North East region which was devastated by the Boko Haram insurgents gained a boost at the weekend as Federal Government flagged off the construction of 10,000 houses in Borno State.

President Muhammadu Buhari gave the assurance at the commissioning of the project which took place in Ngwom, Mafa Local Government Area of Borno State.

President Buhari who was represented by the Minister of Humanitarian Affairs Disaster Management and Social Development, Sadiya Umar Farouq at the groundbreaking ceremony of the mass 10,000 housing Intervention Programme reiterated the present administration’s commitment and determination in ensuring that peace and stability are restored to the North-East region.

He explained that the housing estate will include schools, markets and other social amenities, adding that each housing unit will cost N2 million.

According to him, the health centres and ambulances were to serve as Isolation and Medical Centres at the IDP Camps to fight against the COVID-19 pandemic.

In his remarks, Governor Babagana Umara Zulum of Borno State commended Mr President for approving the 10,000 Mass Housing Units in the State.

The Governor disclosed that 1,000 houses will be built in Ngwom, Mafa Local Government Area of the State while 9,000 Units will be spread to other parts of the state.

He stated that the construction of 100 out of the 1,000 units at Ngwom have commenced.

Humanitarian Affairs, Disaster Management and Social Development with the view to ensure the full construction of the housing units.

He also stated that the Governors of the North East region have called on the North East Development Commission (NEDC) to invest in infrastructure Development such as roads, schools, housing estates, amongst others to alleviate the suffering of the people of the region.