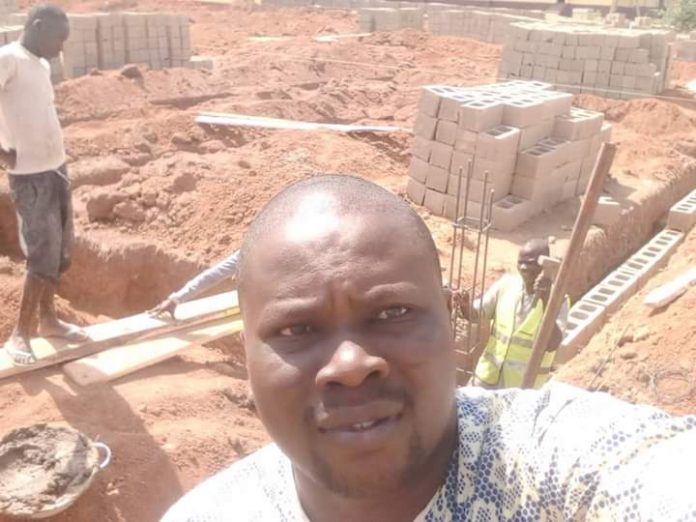 Engr. Timothy Yemi Adejumo was born and raised in Lagos State. He had both primary and secondary education in Lagos State, while he obtained his first degree and Master’s degree in Civil Engineering at the University of Ilorin. He is presently a Principal Engineer at the Federal College of Education (Special), Oyo.

He has taken up several political offices in Nigerian Deaf Community, the Prime of which was National PRO of NNAD HQ(2011-2016). He is currently contesting for the Office of National Secretary General, NNAD HQ, aside working as a Principal Engineer at FCE(SP) Oyo. He is also the CEO, InfoAge Stressless Information.

Meet Timothy as he shares his story to encourage others.

JOURNEY INTO DEAFNESS
During the First term of my primary six education, in the year 1992, I was diagnosed with typhoid intestinal perforation. I underwent a surgery which was successful. Following the surgery, I was bedridden for about four months that I had to stay out of school for whole term.
However, my deafness began during the follow-up visits to the hospital. I was placed on drugs, among which is chloramphenicol. That very night, I began perceiving sound faintly and as if it was farther away from me than it actually was.

The following morning, it became glaring to my family that I was not responding to auditory signals as before. Immediately, we visited the hospital to complain and from this hospital, I was referred to Lagos State University Teaching Hospital, Ikeja.

From there, the solution hunting began. We visited different private and government hospitals in search of solution. Visit to spiritual houses were not left out, all in a bid to recovering from the deafness. I remember how I would isolate myself at hidden places and cried my eyes out, I felt my world has ended. I tell you it was not a funny experience.

COPING WITH THE DEAFNESS
The search for solution took myself and family to Ibadan. My parents enrolled me at a residential school in Ibadan where I lodged. This was done to enable my visits to private Ear Nose and Throat (ENT) clinic in Ibadan. Plan was underway to procure hearing aid for me at the ENT clinic. I was so happy at the thought of me hearing again. I didn’t know that we were about to waste a huge amount of money.

After I procured the hearing aid, I requested of my parents to let me return to Lagos as I was not comfortable living away from my family at a boarding facility. Upon returning to Lagos, I was re-enrolled into my previous primary school, Abati Primary School, Sasa Road.

It was not easy for me to blend into the league of my friends again. My classmates thought I was putting on a radio in class. I could only hear sound with the hearing aid but couldn’t perceive speech meaningfully. I couldn’t even moderate my voice tone level, such that I spoke at louder volume than I thought I was.

All these, somehow, made me look stupid to myself and I hated the hearing aid more. Throughout my secondary education, I lived a fake life in denial of the deafness.

Fortunately, my parents understood my desire, stood by me and worked it out. Unfortunately, I had massive failure in the first year. The failure woke up the sleeping giant in me and a new page of my academic life was open. I developed a studious life and gradually and consistently improved at it. My academic performance gradually snowballed till I sat for the WASSCE and UTME. I was later admitted into the University of Ilorin to study Civil Engineering.

CONTACT WITH SIGN LANGUAGE
While I was awaiting admission into the University, I had an opportunity to visit the Rehabilitation Department in Abuja. There, I met some people including Late Sam Kashim, Late Fatimah and Mr. Idemudia Lawrence. I communicated with them in writing which was not welcomed by them. They, therefore, advised me to learn sign language. Outrightly, I took the advice very lightly, I even made mockery of the moving fingers.

The Late Kashim played significant role towards my securing admission into the University of Ilorin with consideration for special student. At the University, I met several other deaf students like myself who are signing. This caught my fancy and I mastered the art of signing over my first two-week inter semesters break.

After I began using sign language, I realized how stupid I had been struggling to feel and carried along in a discussion among hearing folks. I would mostly raise ideas among my friends but would be unable to sustain the discussion. Thinking back, it was really disgusting. I will encourage every deaf person to accept the use of sign language, not excluding the hard of hearing either.

Deaf Nigerians Profile 011: My Experience Made Me Empathetic Towards The...