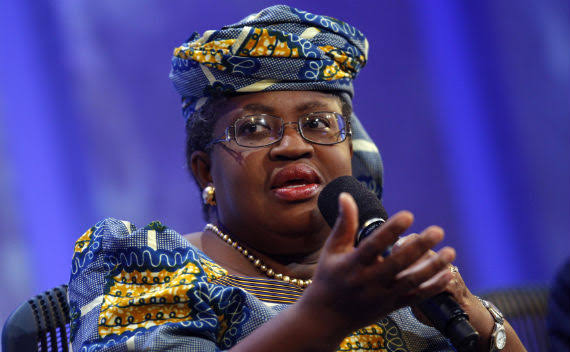 The ECOWAS Authority of Heads of State and Government has endorsed Dr Ngozi Okonjo-Iweala for the position of Director-General of the World Trade Organisation (WTO) from 2021 to 2025.

This was made known in a statement signed by President Mahamodu Issoufou, Chairman of the Authority and made available by the Ministry of Foreign Affairs on Monday in Abuja.

Issoufou stated that the ECOWAS Presidents endorsed Okonjo-Iweala for the position following her established reputation as a fearless reformer, managerial experience of multilateral institutions, and excellent political skills.

“The ECOWAS Authority of Heads of State and Government takes note of the communication of the Chairman of the General Council of the WTO.

“Announcing the commencement of a process for the appointment of a new Director General of WTO, with the opening and closing dates of nominations set as June 8, and July 8, 2020 respectively.

“Since the creation of the WTO on Jan. 1, 1995, which is a successor to the General Agreement on Tariffs and Trade (GATT) established on Jan. 1, 1948, no African has assumed the position of Director-General of the Organization.

“The Federal Republic of Nigeria has formally nominated Dr Ngozi Okonjo-Iweala for the position of Director-General of WTO for the period 2021 to 2025.

“The ECOWAS Authority of Heads of State and Government endorsed the Candidate of Nigeria having acknowledged her long years of managerial experience at the top echelons of multilateral institutions.

“Her established reputation as a fearless reformer, her excellent negotiating and political skills, her experience of over 30 years as a Development Economist with a long standing interest in trade.

“Her excellent academic qualifications, her positions as Managing Director World Bank, and currently as Board Chair Gavi, and AU Special Envoy to Mobilize Financial Resources for the fight against Covid19,” he stated.

Over 20% of N-Power beneficiaries are now business owners – FG