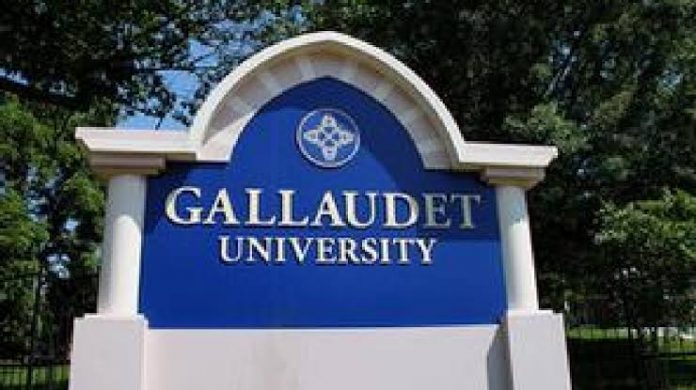 The Gallaudet University Board of Trustees has begun moves to address the concerns ranging from systemic discrimination and inequality being faced by members of the National Black Deaf Advocates (NBDA) in the University.

Recall that President of NBDA, Mr. Isidore Niyongabo had last week written a strong worded letter to the Board of Trustees on its concerns, urging the management to among other things replace the President of the University, Roberta J. Cordano for her direct role in their ordeal.

In a reply to the letter, the Varsity’s Chairman of Board of Trustees, Seth Bravin noted that the Gallaudet community holds great for NBDA and take their concerns very seriously.

Bravin, assured that actions already being taken to dismantle racism and the systems that have supported it for far too long.

He said though many of the specifics of this action have not yet become fully public, they will very soon, assuring that the Board will examine and strive to address many of the concerns NBDA and others have raised in recent weeks.

“While our Board fully supports President Cordano and the work she and her Executive Leadership are doing right now to immediately address the concerns and requests made in the student petition and in your letter, we can assure you that the Gallaudet Board of Trustees is holding President Cordano and her team fully accountable for action, progress and transparency.

“Also, President Cordano has communicated publicly her acknowledge of the student petition and that she and her team will address those recommendations for systemic change in forthcoming communications, many of which you addressed in your letter.

“We are keenly aware of the need for urgency on Gallaudet action. We assure the NBDA and others that swift action is being taken and we are looking deeply and carefully into the concerns that you raised in order to achieve substantive resolutions and change,” Bravin said.

Bravin also added that Gallaudet Board of Trustees fully supports Black Lives Matter and welcome continuing dialogue with NBDA and others to ensure the transformation of Gallaudet University to become the undeniable and shining model of access, education, inclusion and equality.