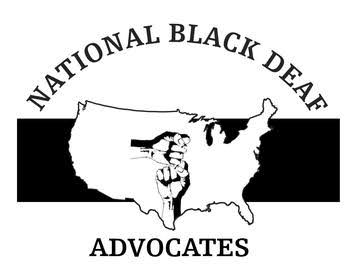 The National Black Deaf Advocates (NBDA) has called on the Board of Trustees of Gallaudet University to immediately address the systemic racism and discrimination Black Deaf students in the institution are currently going through.

In a well-worded letter signed by NBDA President, Isidore Niyongabo and addressed to the Varsity’s Chairman of Board of Trustees, Seth Bravin, the group said over the years, its members have had to endure racism and discrimination from several quarters within the university.

The letter titled, ‘An Open Letter Addressing Concerns for Black Deaf Individuals at Gallaudet University’, Niyongabo said although Gallaudet University should, as the identified cultural center for Deaf people all over the world, serve as a shining model of access, education, inclusion, and equity, recent as well as many past events have shown, that is not the case.

She noted that there had been a long history of ongoing discrimination against Black Deaf individuals – both for students and for those who are faculty and staff at the University.

“Numerous concerns associated with systematic racism have been repeatedly brought to the attention of the Board of Trustees, as well as the President’s office, by the Organization for Equity for Deaf Staff of Color (OEDSOC), but these efforts have not resulted in any substantive resolutions.

“There is now a petition circulating online from the Black Student Union that calls for change at Gallaudet University. Their requests demonstrate the ongoing problem of inequity within the hiring process, a lack of training for officers of the Department of Public Safety, and a culture of racist and oppressive behavior at all levels of the University that has severely damaged the lives of Black Deaf students, faculty, and staff. This behavior and the results have a ripple effect on Black Deaf adults and children world-wide,” she said.

Niyongabo noted that recently there was a Student Body Government/Black Student Union Town Hall where students repeatedly brought up issues related to practices and policies within the Gallaudet Department of Public Safety.

But she lamented that President of the University, Cordano in response inexplicably announced that she was suspending an on-campus fraternity on the ground that they have become the face of systemic racism in our community.

“This was a deflection of the highest order. It was a slap in the face to our Black Deaf students who bravely stepped up to address the injustices, oppression, and abuse that they have suffered. This failure to view systematic racism as an overarching priority for the University and to accept accountability demonstrates a lack of leadership, and moral conviction required from her role.

“It was not only a leadership failure – it was a failure of character. It was myopic, short-sighted, and displayed an incredible lack of social awareness and empathy to Black Deaf Community members, who are only demanding a safe and inclusive space for everyone,” she said.

But she lamented that rather than foster peace, Cordano has fostered a hostile and unsafe environment on campus and in black communities.

“President Cordano has failed to display the type of leadership needed for our diverse community that is necessary for healing. The current turbulent time requires a leadership with significant moral empathy which is missing in her leadership.

“We call on Gallaudet University to address the systemic racism and creative changes that will transform the University into a more inclusive environment for all people specifically Black, Indigenous, People of Color (BIPOC) who are Deaf, Deaf Blind, Deaf Disabled, Hard of Hearing, and members of the LGBTQIA+ community,” the NBDA President said.

The group also listed its demand for immediate actions among which include to resolve the Black Student Union and Student Body Government current concerns enlisted in the public petition that is available through change.org, allocate a sufficient budget, resources, and expand staff in the office of Equity, Diversity and Inclusion and allow the EDI leaders to exercise their autonomy as well as conduct an external audit of the Human Resources hiring process and internal files.

They also called on the University’s Board of Trustees to meet with the members of the EODSOC and with students of color without the President or University staff present.

“When complaints of misconduct are filed, immediately place involved DPS officers on administrative leave and start an impartial investigation. Enforce appropriate consequences (i.e. suspension, termination) on the officers as necessary. The Gallaudet University Department of Safety needs to undergo an independent review of the list of all persons not allowed on campus (Persona Non Gratas).

“Most importantly, acknowledge and take accountability for the current President’s failure to create a safe space for all members of our diverse communities, remove President Roberta Cordano from the position of University President, and immediately begin the search for an Inclusive Deaf President,” the NBDA demanded.

Discrimination: Gallaudet Varsity Board Moves To Address Concerns Of NBDA