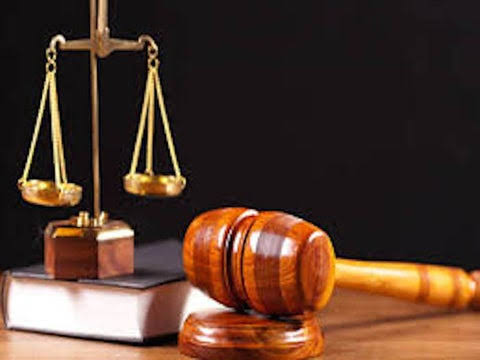 A 43-year-old Deaf man has been picked up by police in Igando area for allegedly raping his daughter, aged 13.

Muritala Owolabi Bakare, who can read and write, appeared remorseful as he responded to questions.

“I am sorry about my activities. I raped my daughter. I have learnt some lessons. Rape is bad,” he wrote on a piece of paper at Igando Police Station on Tuesday.

The divisional police officer, Taiwo Kasumu, however, stated that the “matter has been charged to court for prosecution.”

Meanwhile, the Inspector General of Police, Mohammed Adamu, on Tuesday said there were mounting pieces of evidence suggesting that the COVID-19 lockdown might have led to the upsurge in a number of rape cases across the country.

The IGP, who disclosed this at a meeting with heads of National Agency for the Prohibition of Trafficking in Persons (NAPTIP) and National Human Right Commission (NHRC), said the police daily received cases of sexual offences and gender-based violence.

He explained that from January till May 2020, the police had successfully convicted 57 persons for rape cases. Adamu also added that 52 rape cases were under investigation.

He explained that the police and NAPTIP were strengthening the capacity of their investigators to undertake a comprehensive investigation, arrest and successfully prosecute perpetrators as well as extend support to victims of rape.

Meanwhile, an on-demand transportation company, Bolt, Mirabel Center and the Stand To End Rape (S.T.E.R) initiative have announced a partnership aimed at providing victims of sexual violence with transportation to flee from abusive situations.

The initiative, which will roll out in the Nigerian cities where Bolt operates, will offer emergency escape rides to individuals seeking crisis support who contact either the Mirabel Center or the S.T.E.R Initiative.

Speaking on the partnership, the Guardian reported that Country Manager for Bolt, Femi Akin-Laguda, said: “We want to provide support to the most vulnerable members of our community and hope to bring about positive change by providing support to at-risk women who require transportation from unsafe places.”

Since 2013, Mirabel Center has treated and supported more than 1,100 survivors of rape and sexual assault in Nigeria while helping victims seek justice.

Oluwaseun Ayodeji Osowobi, Executive Director of S.T.E.R, said, “For us, this is an important partnership because it not only addresses immediate response for survivors of sexual and gender-based violence, it is also a prevention mechanism because women or girls who are in desperate need for help can immediately contact us and get a ride to take them out of dangerous and unsafe spaces.” (The Guardian)

Discrimination: Gallaudet Varsity Board Moves To Address Concerns Of NBDA