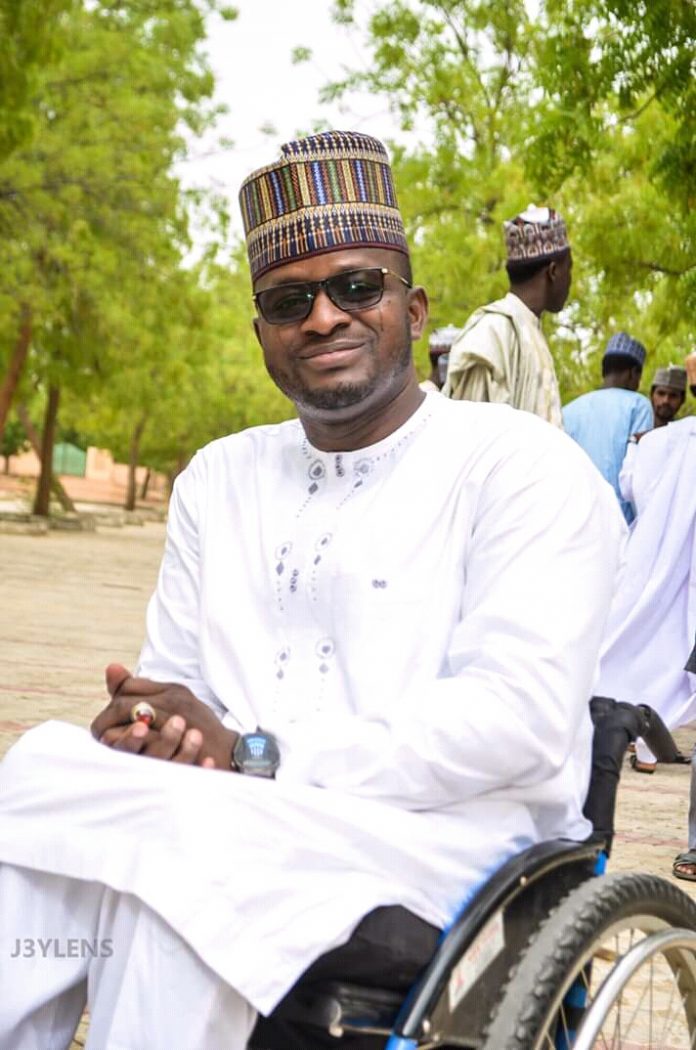 When the news broke on June 2, 2020 that Yobe State House of Assembly has concluded work and passed for the third time the maiden Board of Persons with Disabilities Affairs Bill, the atmosphere became so tensed and charge with euphoria of happiness from all quarters of persons with disabilities in the state.

A little while later, my phone was agog with traffic; leaders of persons with disabilities, friends from the media, Civil Society Organisations (CSOs) and other partners in disability development agenda calling to authenticate the news.

I indeed answered them all in affirmative because I was officially communicated earlier on the development from the State House of Assembly.

Judging from the prayers, optimism and shared beliefs on the spirit and letters of the said bill expressed by callers, I then realized that truly it is a NEW DAWN for Persons with Disabilities (PWDs) in Yobe State.

However, it is not yet UHURU.

Hours has gone by, I retired to my apartment to cool my head for the next day but unfortunately I couldn’t because of a “phrase” almost asked by all caller which read thus “DO YOU THINK GOVT. MAI MALA WILL ASSENT TO THE BILL?

My concern was not the question but the imagination that triggered the questions in the minds of the callers.

Though this has always been my answer; For I know very well the man called His Excellency Mai Mala Buni. I can attest to his Passion, Desire, Commitment , Beliefs, Optimism, Trust and Love for persons with disabilities both in the State and outside the state. For I also consider his previous deliberate actions aim at reducing sufferings of persons with disabilities as clear demonstration of divine love and affection. For I also know that His Excellency sees humanity before disability, potentials before limitation, empathy before sympathy, optimism before pessimism and equality before discrimination.

As such, I have no single doubt in my mind that His Excellency Mai Mala Buni the Master of inclusion as we fondly call him in Yobe State will sign the bill into a law once the bill is transmitted to his table.

One will wonder what informed my conviction to make the above submission, and my answer is simple. My conviction is hinged on His Excellency’s history of been disability sensitive, consciousness and inclusive.

For us persons with disabilities in Yobe State and by extension to all north eastern states, we remain indebted to Governor Mai Mala Buni but like Oliver twist we still need more.

We need a legal document that will guarantee sustainability of his good policies and programs for persons with disabilities in the State.

We want an end to public discrimination and stigmatization of our members on the basis of disability, We need total inclusion, we need empowerment, we want to test our God-given talents, we want to contribute our quota to the development of Yobe State. We want our potentials to be seen, felt and utilized by all and sundry.

The solution to all this problems is signing the YOBE STATE BOARD OF PERSONS WITH DISABILITIES AFFAIRS BILL into Law by His Excellency, Governor Mai Mala Buni, the Master of Inclusion.

He wrote in from Yobe State and can be reached on moabbaisa58@gmail.com.

Brave girl who rushed into burning house to save disabled mother...