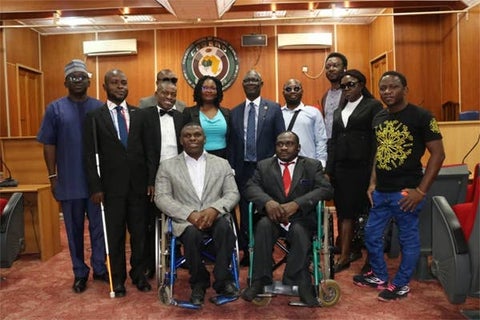 The Association of Lawyers with Disabilities in Nigeria (ALDIN) has urged Nigerians to internalise the various ideals of June 12, the day set aside to celebrate democracy in the country.

Speaking with the News Agency of Nigeria on Thursday in Lagos, President of ALDIN, Mr Daniel Onwe, said that Nigerians should stop paying lip service to June 12 and embrace one another regardless of ethnic or religious inclinations.

“It is high time we internalise the ideals that June 12 symbolises. One of those ideals is prioritising the quality of the individual above his or her ethnic or religious inclination.

“On June 12, 1992, Nigerians across various religious and ethnic divides willingly voted for late Chief MKO Abiola because they believed in him as an individual.

“If your primary consideration for voting for persons is his religion or his ethnic group, you are anti June 12.

“Also, if your primary consideration in making appointments in your government is religion or ethnicity, you are anti June 12,” Onwe said.

The ALDIN president said another ideal that June 12 symbolised was the eventual triumph of justice over injustice.

“MKO Abiola was unjustly denied the Presidency of Nigeria, but today, though dead, he seems greater than a lot of leaders, including those who annulled his election.

“At least no other Nigerian, dead or alive, has a special day that has to do with his or her remembrance. The seeming triumph of injustice against justice is temporary,” he said.