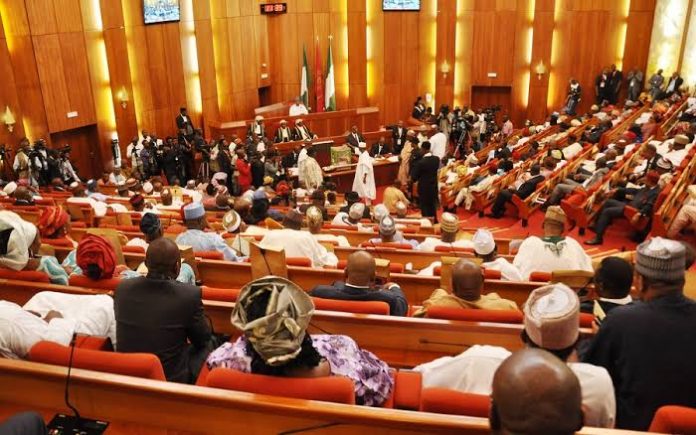 The senate has passed the revised 2020 budget of N10.8 trillion.

The budget was passed on Thursday after Jibrin Barau, chairman of the appropriation committee, presented a report.

The passage of the budget is coming a day after the house of representatives passed the same figure as the 2020 budget.

The lawmakers increased the budget by N300 billion from N10.5 trillion.

The budget was initially passed in December but it came back to the national assembly after the executive reworked it to reflect the current economic realities.

The COVID-19 pandemic caused the price of crude oil to dwindle thus affecting the major source of the country’s income.

In the revised budget, N422 billion was fixed for statutory transfers, N4.9 trillion for recurrent expenditure and N2.4 trillion is for capital expenditure.

A sum of N2.9 trillion was earmarked for debt servicing.

The senate passed the budget after it dissolved into the committee of supply to approve clauses of the bill.

The budget will become operational when President Muhammadu Buhari gives his assent to it. (The Cable)