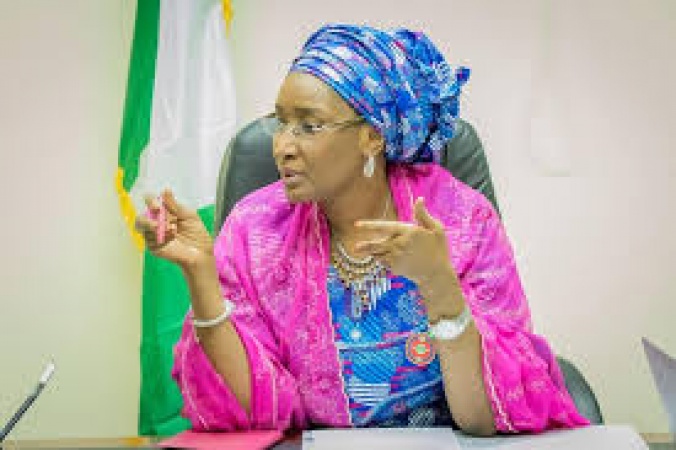 Those who are in the business of brand building say building a brand is like building a house. You have to be sure of the location where you are buying a plot. Will it flood when the rains come and what kind of people will be your neighbours? You have to get the foundation right and solid. You have to make sure the walls and angles are straight or you will end up with a wonky house.

The same for a brand. You have to know the audience you wish to address and the competition you are facing. Then you have to choose how to present yourself, what brand managers call Brand Personality. Next you choose a name for your company, product, brand, service or personality, where you wish to play and how you want to play.. Any name you pick has to resonate and be memorable. Then you coin a slogan or what they call a tagline. These days that tagline is now often a hashtag. Brand colours help when you begin to design a logo then once all those are done, you deploy your brand essence across your business or area of focus.

People have to, as millennials say, ‘feel’ your brand and its essence.

For this piece I am focusing on an emerging but significant brand which I had actually failed to pay much attention to until a few weeks ago even though the attempt at building a brand has been ongoing for close to 9 months.

The Ministry was created on August 21, 2019 by President Mohammadu Buhari GCFR as a special intervention ministry for humanitarian affairs, management of disasters and social interventions. It received a clear mandate to develop humanitarian policies and provide effective coordination of national and international humanitarian interventions while ensuring strategic disaster mitigation, preparedness and response, as well as managing the formulation and implementation of equity focused social inclusion and protection programmes in Nigeria.

Following the creation of her ministry, many agencies and social intervention programmes were subsumed under the ministry and they include National Emergency Management Agency (NEMA), National Commission for Refugee, Migrants and Internally Displaced Persons (NCFRMI), National Agency for the Prohibition of Trafficking in Persons (NAPTIP), the National Social Safety Net Programme, the National Home Grown School Feeding Programme, the Job Creation Programme (comprising N-Power & Technology Hubs), the Government Empowerment and Enterprise Programme (GEEP) as well as TRADERmoni, MARKETmoni, etc.

A quick consideration of the ministry’s remit will present the ministry as Nigeria’s mini United Nations.

So, how does a 44 year old woman step in and take charge? What are her antecedents and how will she proceed as she suprintends over a large ministry, sells her programmes and builds a personal brand as one of the more visible ministers in President Muhammadu Buhari’s second term?

To consider these brand building blocks, one must get fully apprised of her background. Sadiya Umar Farouq is not just the youngest minister in Nigeria, she is also the holder of three degrees including an MBA, all from the Ahmadu Bello University.

A native of Zamfara state, she had aspired to the House of Reps and worked at the National Assembly Service Commission but her entree into national prominence began first as National Treasurer of the defunct Congress for Progressive Change (CPC) which was where she first crossed paths with President Muhammadu Buhari.

She was also appointed national treasurer of the All Progressives Congress (APC) but it was her appointment in 2016 as Honourable Federal Commissioner of the National Commission for Refugees, Migrants and Internally Displaced Persons (NCFRMI) that thrust her to national attention.

Established in 1989, the agency did not make a blip in the national consciousness until Sadiya Umar Farouq took over and made the issues of refugees and Internally Displaced Persons a front burner one.

That role as Federal commissioner was in many ways audition and preparation for the Ministry of Humanitarian Affairs, Disaster Management and Social Development where upon assumption of office, she made three quick brand building moves.

First, she visited the Republic of Niger where a similar ministry exists; the Ministry of Humanitarian Action and Disaster Management. Her visit was a part of efforts to understand existing structures and the application of global best practice to the discharge of her mandate.

Next, she gathered a coterie of security, development and multilateral agencies as she convened the Civil-Security Cooperation (CISEC) workshop. The objective was to bring stakeholders together to deliberate on ways of fostering understanding amongst humanitarian and security actors. This was to ensure a more effective and seamless delivery of humanitarian aid to affected communities in the North East where the decade long insurgency which qualifies as a disaster is still taking a huge humanitarian and economic toll.

Then she quickly appointed a Special Assistant on Special Needs having realised that success on the job would require pioritizing the vulnerable in the ministry’s humanitarian interventions.

Her SWOT analysis had manifested in quick actions.

But then her brand ran into public relations headwinds when she appeared at the National Assembly a few months into her tenure to answer questions regarding the N-Power programme. During the grilling session, Sadiya Umar Farouq deflected a few questions. The picture that emerged was of a woman who was not fully aware of the goings-on in her ministry.

But nothing could be farther from the truth as emerging details now seem to indicate. Her performance was a strategic performance. By parrying and deflecting she was trying not to indict her predecessors while playing the part of a loyal party woman.

This point was recently highlighted by veteran journalist and public commentator Emma Agu in a recent commentary where he writes with respect to the N-Power programme which was the crux of the matter – “TheCable newspaper had detailed the elaborate conspiracy of a broad network of persons who gamed the system by hosting “ghost” enrolees. Though Imoukhuede had denied any such infractions, he nonetheless admitted that, like any other programme, the N-Power programme was not perfect. Pray, how could a programme that was not perfect in January 2019 be said to have been running seamlessly, at the same time? And if the programme was already fraught with problems several months before the minister, Sadiya Farouq, assumed office, does it not translate to blatant falsehood, deliberate mischief and wanton character assassination to pillory her in the brazen manner that those calling for her innocent head have done?”

Appearing at NASS on February 23, 2020, Sadiya Umar Farouq had two choices – indict her predecessors or deflect. The whole world now knows what choice she made and for which her rising brand suffered some hiccups.

But she has rallied and is recovering. Her much disparaged modified Home Grown School Feeding programme has turned out to be a huge success and is winning over skeptics with well curated beneficiary testimonials. Before the programme was flagged off Sadiya Umar Farouq invited the DSS, EFCC, ICPC, CCB and a host of NGOs and CSOs to monitor and help ensure that the implementation of the programme was transparent and not compromised.

The Director General of the Code of Conduct Bureau (CCB) was present at the flag off in Abuja while TrackaNG committed to monitor and has been providing updates which validate the programme.

On May 15, 2020 when Sadiya Farouq announced that N-power beneficiaries would be paid their stipend the next week she was quickly branded a liar but the stipends were paid as promised despite technological hiccups.

Her perfomance under Covid-19 has been stellar from humanitarian interventitins to collaborations with multilateral agencies and private sector players. Her convening of the Zero Hunger Roundtable in collaboration with the World Food Programme is a case in point. And recently she has adopted a new slogan befitting of her brand and ministry – #makingimpact.

The process of brand building can often be impeded by problems but a well conceived and managed brand will survive. In 1982, Tylenol, a leading pain relief drug was embroiled in crisis. Seven people who bought and ingested Tylenol died. The Tylenol brand was suddenly embroiled in a PR nightmare. Sales plunged as did share price.

In time, it turned out that someone who was never found had tampered with the packs and laced the tablets with cyanide which caused the deaths.

Tylenol, leading from the front inspired the pharmaceutical, food and consumer product industries to introduce tamperproof packs for medicines and other products.

Sadiya Umar Farouq in a mere nine months on the saddle has not only exprienced a PR nightmare she has emerged stronger from the crisis and as she continues to discharge her mandate, one can already see that she will emerge a stronger brand and one of the stand-out ministers in President Buhari’s cabinet.

This is a yay. (THISDAY)

First AYGL with a disability: US Embassy celebrates Lois Auta then...