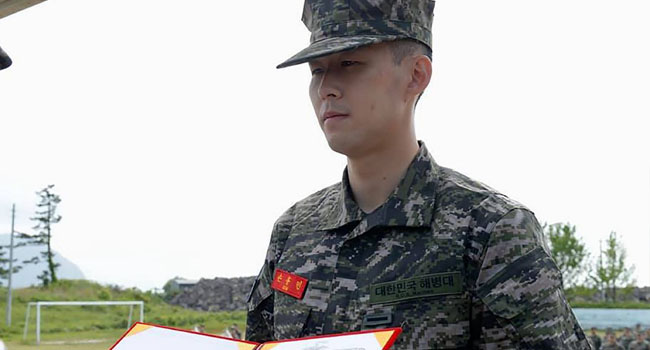 Tottenham forward, Son Heung-min has said his military service in South Korea was a “special experience.”

Son, 27, performed a three-week mandatory service in his native country in April just after recovering from a fractured arm.

While speaking about his experience during the service, he said he enjoyed it and he did everything possible to make the most of the moment.

He said, also, that he met some nice persons during the period even though it was tough.

“It’s not private, it was in newspapers everywhere! I had to wear the army suit (uniform). It was a special experience,” he told Spurs TV.

The player injured his arm in mid-February before the Premier League was suspended due to the outbreak of COVID-19.

Matches in the Premier League will restart in June with Liverpool expected to win the trophy.