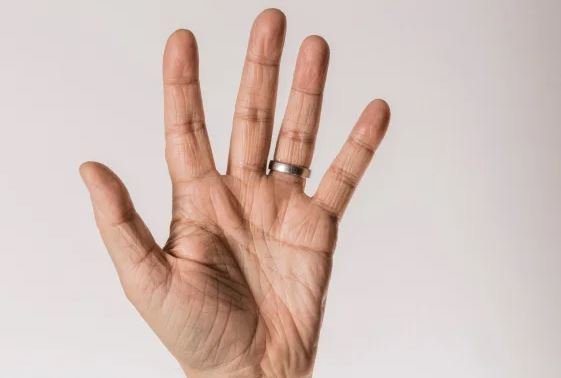 Men with longer ring fingers are less likely to die of COVID-19 and have a lower risk of suffering complications from the disease when infected, a new study has claimed.

In a report published in the journal Early Human Development, UK health experts established that how much testosterone a foetus is exposed to in the womb determines their ring finger length.

Testosterone, they said, may produce more of a compound called ACE2, which was found to help the body to fight COVID-19, with men who have shorter ring fingers reporting higher fatality.

The researchers at UK’s Swansea University examined 200,000 people across 41 countries and found male death rates were a third higher in countries where men had shorter ring fingers.

As part of the study’s procedures, index and ring fingers of volunteers were measured to the closest millimetre, after which the first was divided by the second measurement to get the 2D:4D ratio.

Assuming that how long the ring finger is would be determined by how small the digit ratio gets, Malaysia emerged the country with the smallest average male right-hand digit ratio with 0.976.

In the same vein, Bulgaria had the highest male right-hand digit ratio, with 0.99. But, more importantly, countries, where the male digit ratio was smaller, reported lower case fatality.

For countries where the male digit ratio was higher — including the UK, Bulgaria and Spain (unlike Russia and Mexico), their likelihood of dying after COVID-19 diagnosis was much higher.

Examining left hands, the top 10 countries with the longest male ring finger had an average case fatality rate (CFR) of 3.1 percent, unlike those with the shortest, for an average CFR of five percent.

On the right hand, the top 10 countries with the longest ring finger reported an average CFR of 2.7 percent, compared to those with the shortest, on account of an average fatality rate of 4.9 percent.

“Our findings may be men with long ring fingers will experience mild symptoms and could return to work,” the UK Sun quoted John Manning, the lead researcher of the study, to have said.

“The theory is that someone with high prenatal testosterone — and a long ring finger — has greater levels of ACE2. These concentrations are large enough to oppose the virus.”

According to him, this finding may give countries like Australia, New Zealand, Austria, and East Asian nations, where male ring fingers are longer, a biological advantage against COVID-19.

ACE2 receptors, which coat the surfaces of human cells, were earlier attributed to men’s higher likelihood of dying from COVID-19 since the virus attaches to them to enter their healthy cells.

However, it was established that the enzyme are also thought to limit disease progression once the virus is in the body, following that COVID-19 causes lung damage by depleting ACE-2 receptors.

COVID-19 vaccines to be available from next year — FG